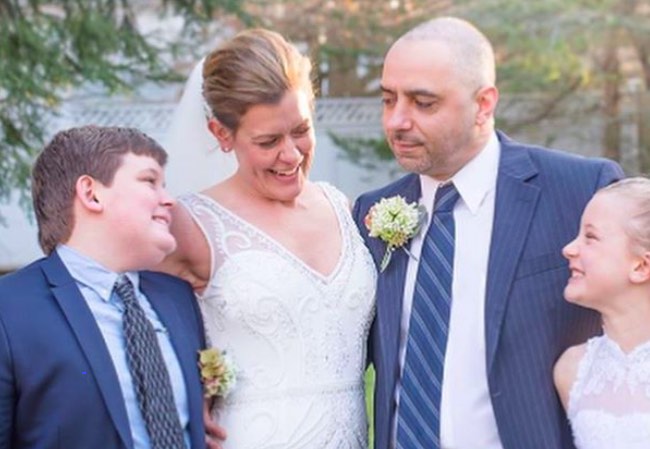 Sarah, Michael’s wife, who appeared on the recent episode of 90 Day Fiance Season 7, recently tied the knot with Sean Naso, the hip hop star. Since the day the mom of Max and Cece appeared on the show, she became famous. Her maturity quickly escalated her to the top fan favorite list. Let’s take a detailed look at her marriage.

Sarah has recently tied the knot with Sean Naso, and fans couldn’t be more excited about it. She has been in a relationship with Sean for quite some time. He is a hip hop artist from the Bronx. His album is available on SoundCloud. The name of his collection is Parlay, and its a classic blent of rock and hip hop.
https://www.instagram.com/p/B5gz6IXHdhR/?utm_source=ig_web_copy_link
Sarah and Sean’s wedding was pretty formal. Michael, Juliana, and Sarah’s kids were also present. Max and Cece looked happy for their mom. Maxwell was the one who released the pictures from Sarah and Sean’s wedding. He congratulated his mom on her marriage and told her that he loved her and Sean very much.

Sarah has been supportive of Juliana since the beginning. She has offered a lot of help to Juliana and her ex-husband. However, when she was on the show, TLC tried to portray her in the bad light. In the episode, we saw Sarah telling Juliana that she doesn’t want her to parent. Just after she said that statement, there was an uncomfortable pause. Later, Sarah revealed that TLC cut out the part where she told Juliana that she is adjusting to a new place and a new relationship.


Sarah had also defended Juliana from haters when they called her a gold digger. She said that Juliana is successful and doesn’t need a man to fulfill her desires.

Moreover, Sarah didn’t want Juliana to feel burdened about parenting her kids. Her kids have also been super supportive of Juliana. They even made her a cake and breakfast when she first came to visit them. We have seen Sean in a few pictures with the family, but till now, it was never obvious who he was.

90 Day Fiance: What Do Fans Have To Say About Sarah’s Wedding?

Fans are happy for Sarah that she got to marry the man of her dreams. Their relationship was going well for a long time, even though Sarah never mentioned it on the show. Now that they are happily married, fans are excited with them. It’s going well both for Michael and Sarah as far as their respective relationships are concerned.