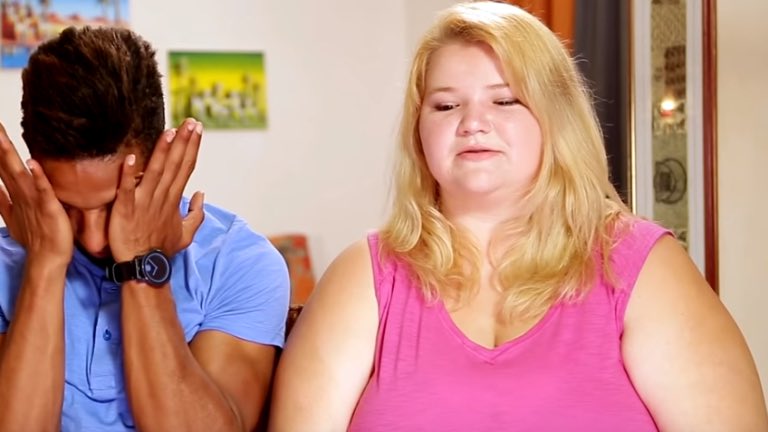 Exclusive! 90 Day Fiance: Nicole And Azan Cannot Get Married In Morocco As It Will Be Illegal

90 Day Fiance star Nicole has been in the news about her relationship with Azan for a long time. The relationship in itself is a big question mark. Now, even though we can see that Azan is acknowledging Nicole on social media, people are thinking about whether it is Nicole using his IG. When 90 Day fiance was on the air, Nicole admitted to having sex with Azan. But a fan has brought to notice that it’s illegal in Morocco to be intimate before marriage. Let’s take a look at this in detail.

An American fan residing in Morocco has brought into notice that it’s not allowed by law to have sex before marriage. The fans stated that when she and her fiance were going through the application process of their marriage, she was shocked to know that they won’t let you marry each other if you have had intimate relations with your partner before marriage. The court won’t give you any chances, and your marriage is certain to be denied.
People have to take an oath in front of a judge stating that they have never been physical before marriage. She also notified TLC and Nicole about this information. But both of them blocked her. Nicole blocked the user from Instagram and Facebook. TLC blocked her from YouTube.

90 Day Fiance: Why Are Nicole And Azan On The Show

90 Day Fiance is about couples who are engaged, and there is a strong possibility of them being married. They usually go with the flow and don’t know what’s coming. Most couples don’t know what is going to happen. But in Nicole’s case, she knows exactly that nothing is ever going to happen. If the fan is telling the truth, there is no point of having Azan and Nicole on the show. She has blurted out proudly on National Television that she and Azan have been intimate before marriage. Because of this, everyone in Morocco knows this too.

The situations complication brings one question into most people’s minds. Can’t they just get married in the US? Well, they could. But the authorities have already denied Azan’s entry into the States. Another fan says that even if it’s true, Azan will never marry Nicole. This has been the common opinion of most fans from across the world. Considering that the couple almost got married two times and never really tie the knot once raises red flags.
Why do you think TLC and Nicole block the user? Is TLC just having this couple on 90DF just for TRP? Let us know in the comments below.