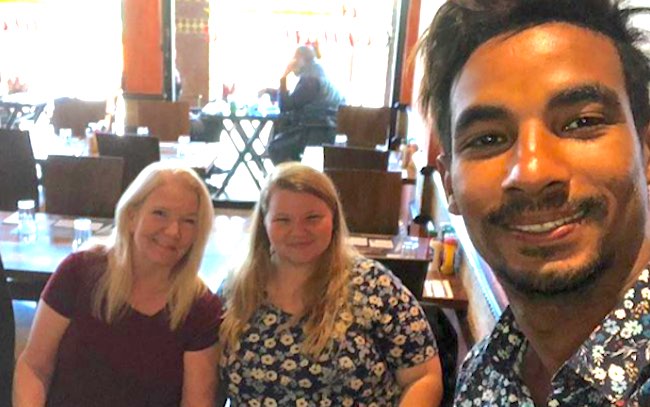 90 Day Fiance: Nicole Begins Her Wedding Plans, Is Azan Ready For It?

And here it is again! Nicole from 90 Day Fiance throwing light on her wedding plans for the third time. After two ‘almost tied the knot’ kind of situation with Azan, Nicole seems to be back on her wedding plans. She has been more than patient, all along with her long-distance relationship with Azan.
The latest scoop is that the couple is not tying the knot any time soon. They were not present on 90 Day Fiance: Happily Ever After, and viewers are dying to know whether the couple is going to get their happy ending. Let’s take a look at this in more detail.

An insider revealed that Azan and Nicole haven’t even set a wedding date yet. Nicole has refused to star on 90 Day Fiance as the couple needs a break from the cameras. She has also mentioned that all is well between them and they are making it work long-distance. According to the insider, the two of them have been involved in a lot of fights. There are so many unresolved issues between Azan and Nicole that it’s causing stress in their relationship.

This might be one of the main reasons why the couple might not be able to tie the knot. The fact that Azan doesn’t have the option to travel to America doesn’t help either. Currently, they don’t have any wedding plans. In fact, Nicole even talked about going back to Morocco. But she has to save up. The fact that she is not able to afford to visit Azan as much as she likes is frustrating her even more. It has been two years since they saw each other. They do stay in touch but are fighting most of the time.

Nicole revealed the shocking piece of news on Instagram when she said that the couple is done with 90 Day Fiance. According to an insider, Nicole just got tired of being harassed. Leaving the series was her decision, not Azan’s. According to some fans, there is no point of Nicole and Azan being on the show anyway. The show only helped her get back on her feet and afford a rented apartment for her and her daughter.

Nicole once gave $6000 to Azan, claiming to open a beauty shop over there. She revealed that there is no business. However, Nicole didn’t mention what Azan did with the cash. Nicole’s Instagram profile states that she is engaged. However, the couple seems to be at a standstill as far as their relationship is concerned. Stay tuned for more 90 Day Fiance news!