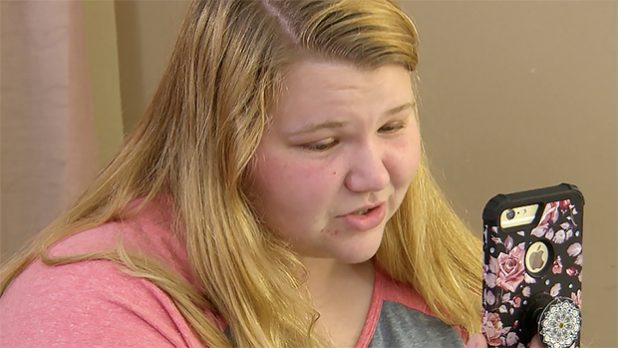 90 Day Fiance fans have been shaming Nicole for her choices since the day she postponed her two weddings and gave Azan the money to start his new store. No one still has any clue about where those $6000 went. 90 Day Fiance fans have been telling her that Azan’s intentions are not pure. Considering that he took all the money and there has been no word about it, the situation is a little suspicious. But Nicole trusts her gut, and she is sure that Azan loves her as much as she loves him.

In fact, Nicole is just waiting for her sister’s wedding to be over so that she can have her own big day. Even Nicole’s mother is making attempts to rush her daughter to the union. Nicole and Azan have been taking things slow. But over three years of a complicated relationship, there has been a lot of drama. Her mom thinks that postponing the marriage is going to have a negative impact on her granddaughter May. She needs stability, and that can only come when the two decide to tie the knot. 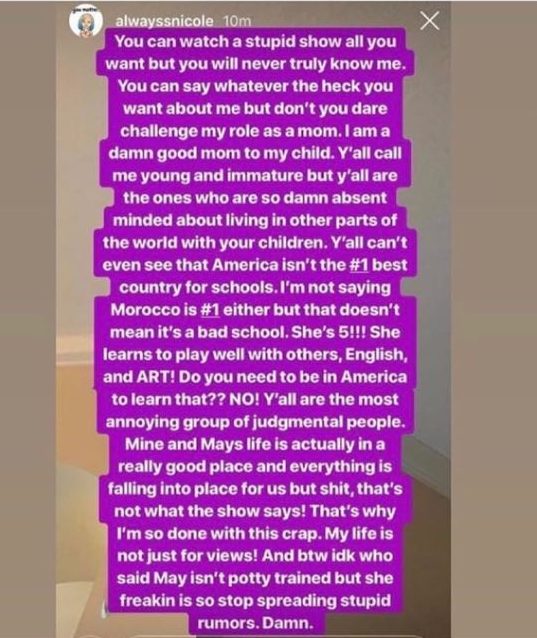 Many 90 Day Fiance fans have called Nicole selfish and a fool in the past. According to them, she has been chasing a man and selfishly leaving her daughter’s well being behind. She has been ignoring May and has been entirely focussed on her relationship with Azan. She has spent plenty of money on flights to Morrocco. Clearly, her family isn’t fending for her anymore. Fans think that she might drain her finances to a level that there won’t be much left for her daughter. Moreover, she is uprooting her daughter’s life in America and moving to Morrocco with her. People are concerned about Nicole putting her child’s education on hold for chasing a man. 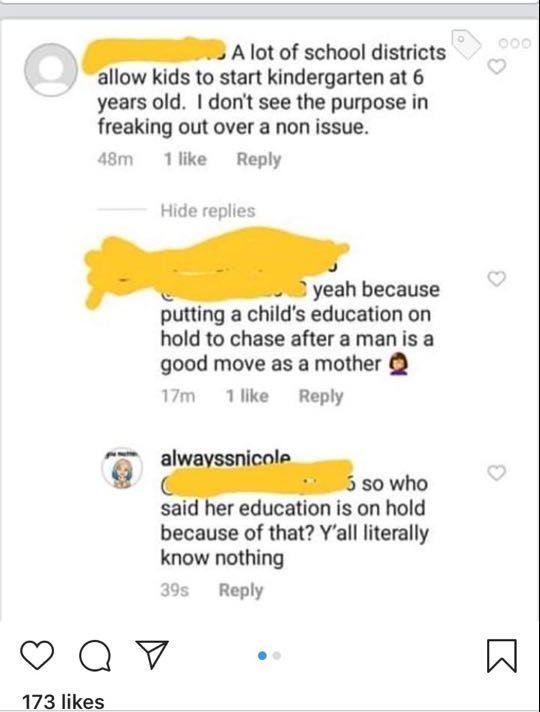 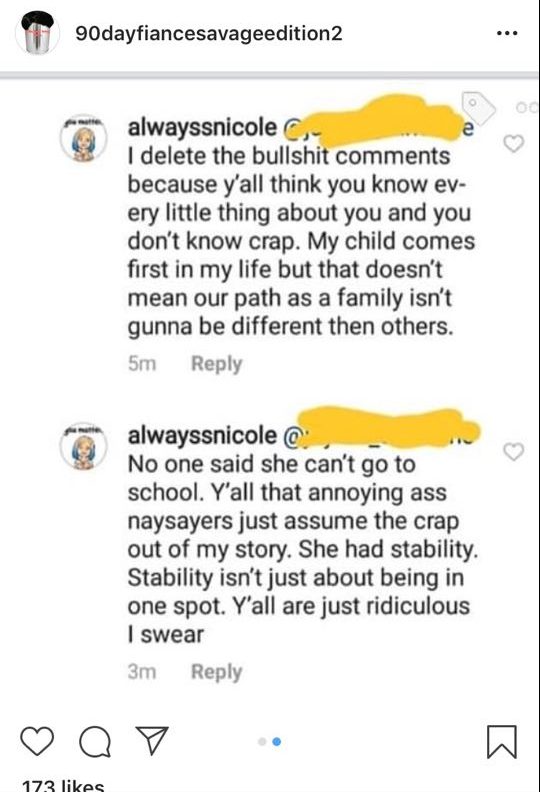 Nicole Fires Back At Accusations From 90 Day Fiance Fans

It seems like it’s high time Nicole has been tolerating the ‘bad mom’ tag. She tells haters that most schools don’t allow children to be admitted to kindergarten unless they are 6 years old. However, the commentators blame her for putting May’s educational development on pause for her own selfish desires. She calls 90 Day Fiance a stupid show and blames it for poisoning the viewers’ minds. Her tone has a hint of a threat to it when she goes on to say “Don’t you dare challenge my role as a mom.”

She calls out to those who blame her and mentions that they are the ones who are absent-minded. Nicole also states that they are sitting in a different part of the world and says that neither America nor Morrocco tops as far as schooling of children is concerned. Nicole says that her life is falling back together and she and May are in a pretty good place right now.

What do you think is the fate of Nicole? Will she and Azan tie the knot this time? Are they meant to last? Let us know in the comments below.