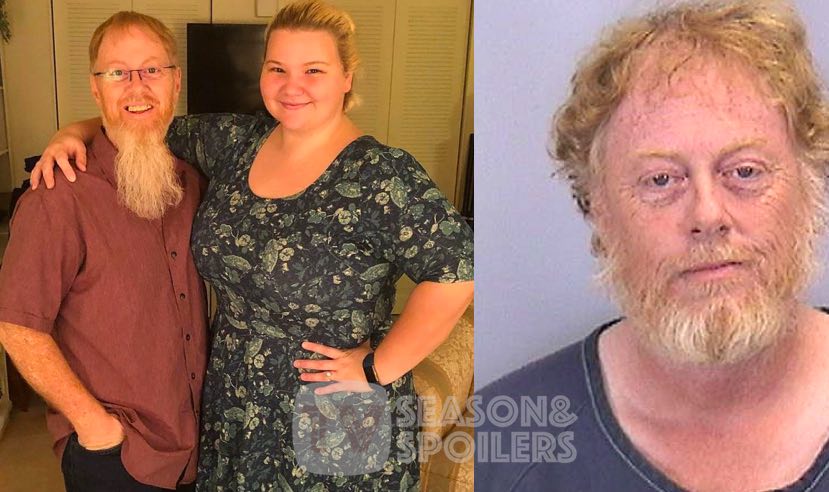 Nicole from 90 Day Fiance just can’t seem to get out of the radar. Even if the cameras are not rolling, her personal life is a drama scene for outsiders. Recently, her dad, Tyler Nafziger, got arrested for the possession of the drug paraphernalia and for a battery. He is currently in Florida in the police custody. Let’s take a look at the details.

The arrest took place in Manatee County on Monday. Tyler got into an altercation with a woman at the gas station. He met the woman a few days ago and agreed to help her move out of her house. They got into a heated argument at the Wawa gas station. He placed her in a headlock, and the victim stated that she was unable to breathe. An eye witness and a surveillance camera confirmed the same.

Police later traced Tyler and caught him. He admitted to grabbing her hand but denied choking the victim. He also stated that in his front right pocket, there was a gas pipe. And that’s the statement that got him into the most trouble. When the cops asked what he does with that pipe, he didn’t say much. But after that, the victim stated that she is afraid that he might hurt her again after he gets out of jail as he smokes crack.

90 Day Fiance: Tyler Got Himself Into Trouble

When they sent the pipe for testing, the results were positive, and there were traces of cocaine. He has a bond of a total of $1000, $500 for each charge. It seems like Nicole has a really troubled family. Do you think this is something responsible for her odd behavior? After all, she clings on to her relationship like there is nothing in this world for her except that.

Nicole has been with Azan for a few years now. Currently, they are in a long-distance relationship. Despite all the red flags, she is not calling it quits. 90 Day Fiance

fans have trolled her, called her a fool, and even shamed her for her choices. But she is still not losing hope. According to most viewers, her relationship with Azan is a dead end, and she is not able to see it. Moreover, they have also accused her of not being a good parent.

90 Day Fiance: Is Nicole Insecure Because of Her Family Circumstances?

Nicole’s family members no longer support her. She is not even living with her mom, as most fans thought she is. However, she still claims that she and Azan are together. At one point, she also decided to relocate to Morocco. Not only that, she was planning for her daughter’s education to be continued over there.
The fact that Nicole’s father is charged now increases more financial burden. Will it affect 90 Day Fiance cast member Nicole in some way? Maybe her mental health? Let us know what you think in the comments below.