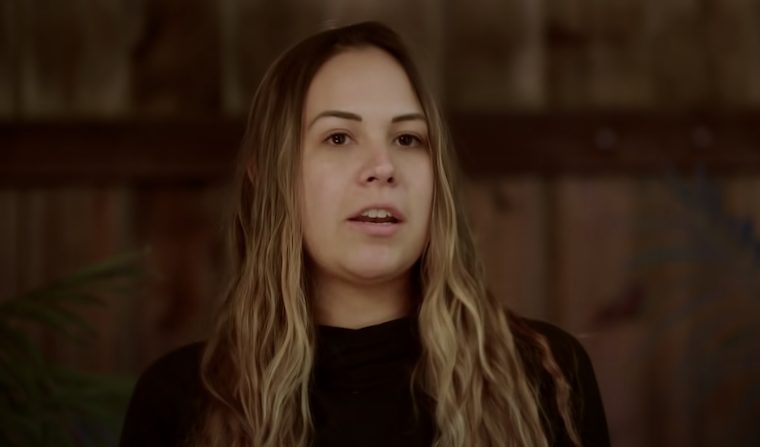 90 Day Fiance fame Big Ed has received a huge backlash from the fans lately. The star is also given the name of ‘Pre Ed.’ Fans never liked how Ed behaved with his ex-girlfriend Rose. And ever since the leak of the phone call between Liz and Ed, fans have started raging all against him. A petition saying ‘TLC should remove Big Ed from their channel’ also started circulating around the web. Even Liz signed the same. In fact, the star stood up to speak against Big Ed. Let us take a look at what Liz has got to say to her fans-

90 Day Fiance: Liz Sends A Message To Those Who Disagree With Petition Against Big Ed

Liz has become an example for most women who have been suffering or had gone through the same situation. Elizabeth Marie is a hardworking single mom who knows how to stand for herself. The best part about her is that the star didn’t remain quiet when Big Ed was wrong to her.

Ever since the abusive phone call leak between her and Big Ed, fans took to Instagram to stand against Big Ed by circulating hashtags like #cancelbiged. One of the 90 Day Fiance fans also started the petition on change.org, stating, ‘TLC should remove Big Ed from their channel.’ Elizabeth herself signed the petition and even asked her fans to do so by sharing it in her bio.

Now, the star took to her Instagram story to send a message to those who disagree with the petition. 90 Day Unicron reported the star sharing the screenshot of the petition page showing that it requires a few more signatures to reach 25,000, a top signed petition on Change.org. The star quoted, “Disown me, unfollow me or talk shit!!! I don’t care 6,500 more signatures to go!!!! Comments will be disabled for a while so I can live in peace. And be passionate about something that @tlc doesn’t give a fu** about!”

Liz standing against Big Ed openly is a great thing. However, many wonder whether TLC will continue featuring Big Ed or not. However, the answer seems to be yes. Meanwhile, TLC has not yet released any official statement, and neither did they talked about the relationship between Big Ed and Liz. Cinema Blend reported Elizabeth Marie’s recent statement coming out on social media after Tell All episode revealed that Big Ed is hanging out with other women just after the breakup with Liz.

Fans are still waiting for TLC to respond to Ed’s unacceptable behavior. Although as per the reports, the channel is shooting another season with Big Ed. Indeed, he will be featured in 90 Day Fiance The Single Life Season 2