We have seen how all the interactions between the famous Diamond Foxx and Anny went so far on 90 Day Fiance. But it seems like Robert is no far behind when it comes to the war of words with Bryson’s grandma. We can agree that she indeed crossed a line the moment she started asking personal questions that didn’t concern her. But this time, it seems like the lid on Robert’s cool has popped off, and Stephanie has to watch out for some payback! Robert recently made a joke on her, and it burns! Let’s take a look.

90 Day Fiance: What Does This Have To Do About Bryson’s Mom?

Robert stated that she can call him fertile Myrtle but her daughter is Houdini. Now, this has left most fans wondering about the whereabouts of Bryson’s mom. Earlier, in a QA session, Robert revealed that his ex-wife is not in prison anymore. However, he is unaware of where she currently is. Also, fans have a hard time believing that Stephanie is completely unaware of where her daughter is.

According to fans, what Stephanie did to Anny was way out of line. During their first meeting, she asked what kind of birth control she and Robert use. Moreover, when they met again, she offered her money to leave Robert and Bryson and go back to the Dominican Republic.

Fans feel that Anny is trying to be a good mom to Bryson. They also think that Robert and Anny’s relationship is also becoming more stable than before. One user wrote that earlier, it seemed like Robert was testing her. Now, that he knows her better, they seem more comfortable.

As for the couple’s intimate life, we saw people wondering in the Tell All episode about how they are intimate with each other when Bryson is constantly around. However, Robert quickly reminds them that the shower, couch, and floor are perfectly good examples.

90 Day Fiance: What’s Going On With The Other Couples? 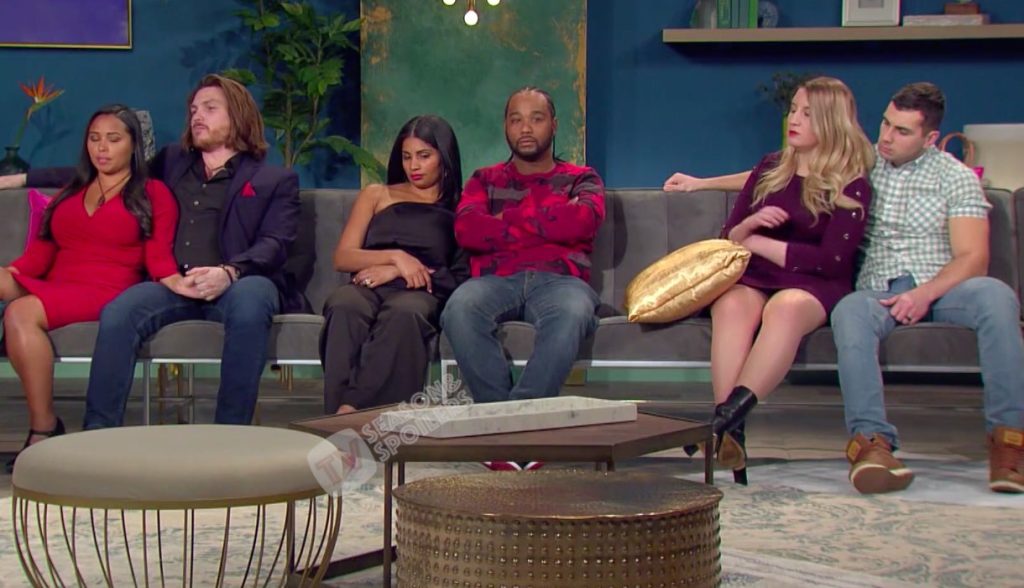 Tania justifies that her leaving for Costa Rica was a mutual decision and that she didn’t just abandon Syngin. Joanna opened up about how her family and friends treated her back home. Mike’s kids gave some relationship advice to the others, taking special note of Anna and Mursel’s situation. They said that couples should try and learn each others’ languages before taking a step further.

As for Emily and Sasha, we saw how she was struggling through a postpartum body. Emily’s sister is waiting for Sasha to get the green card and then analyze his true behavior. However, Emily seemed to be fed up with this statement. Emily focuses on how she doesn’t like what she looks in the mirror and that she doesn’t wish to look like this always.

Do you think Robert’s jokes on Stephanie will make her stop over-involving herself in others’ lives? It seems like Robert has had enough of her antics. Let us know in the comments below.

Veethee - Tuesday, 7 April 2020, 10:01 AM
0
Sister Wives star Meri Brown seems to be just a few steps away from securing her freedom. In the recent Sister Wives episode, Kody...