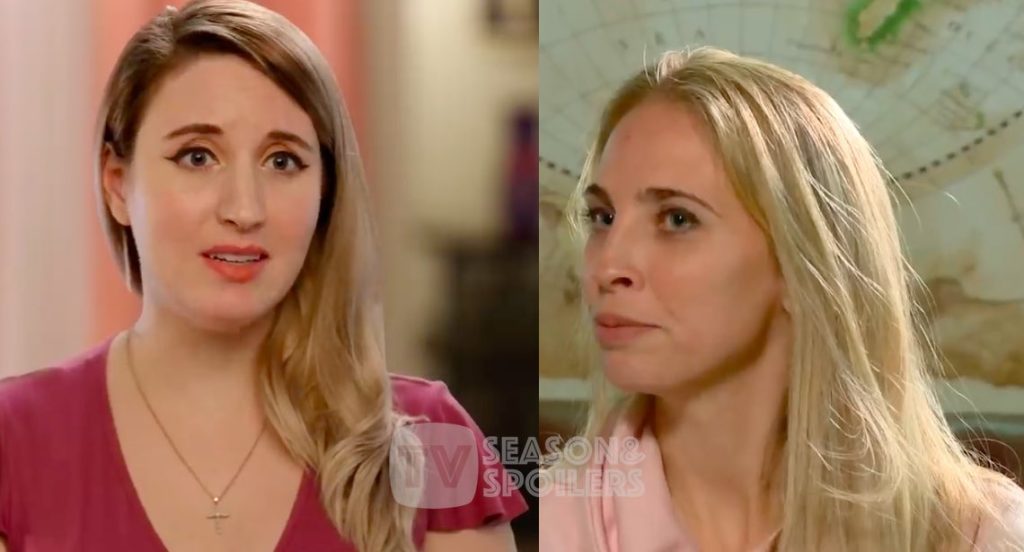 The moment 90 Day Fiance Season 7 took to the screen, the drama just rolled out. Emily and Sasha are one of the most happening couples of 90 Day Fiance. She met him while she was in Russia to teach English. Sasha was her fitness trainer. They have a baby on the way. However, Emily’s family is concerned about her since he has already had two divorces. In the recent episode, Emily met his first ex-wife. Let’s take a look at what happened.

As soon as Emily meets Sasha’s first ex-wife, she thinks that she is really crazy. First, she holds on to Sasha’s hand and says that she doesn’t want him to leave. She also accuses Sasha of asking her for a divorce when he got his second wife pregnant. However, Emily posted Sasha’s divorce certificate with his first wife and said that their divorce happened in 2012. Moreover, his child from his second wife came in 2014. So, that nullifies his first wife’s accusations.

As for his second wife, Sasha was on friendly terms with Emily when he was with his second ex. However, Emily emphasizes on the fact that they were only friends while he was still with his second ex. This situation does sound complicated. On some level, we can gain some idea about why Emily’s family is concerned about her. There is a chance that Emily might just as well be number three in the divorce queue.

Emily is 9 months pregnant, and it was certainly an awkward moment for her. Moreover, considering the way his ex reacted, it would have been really strange for anyone. Sasha has kids from his previous two marriages and his relationship with Emily. Despite the red flags, Emily believes that she is the one who is going to last. Sasha’s second wife broke up with him because he got too muscular, and she didn’t like it. So, he said that he would find someone who does. And that happened to be Emily!

If we look at Sasha’s complicated past, it’s a bit risky situation. After all, he has a record of getting girls pregnant and then leaving them eventually. But if we consider just him and Emily together, they are great! The couple is excited about their baby together. But there are chances that his past might come in the way of their happiness. Is Sasha genuine to Emily? Do they have a strong enough relationship to overcome obstacles? Let us know what you think about Emily and Sasha in the comments below. Stay tuned for more 90 Day Fiance updates.