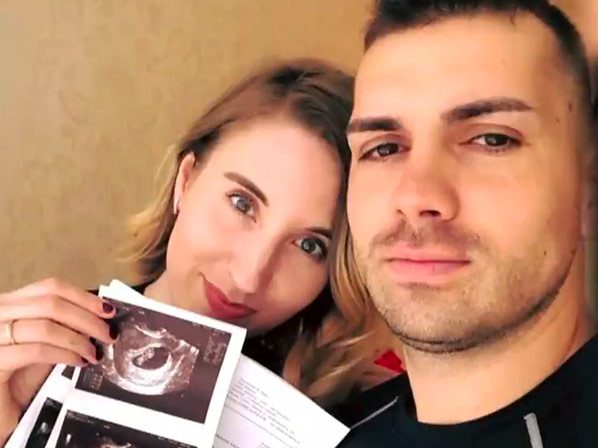 TLC recently released the preview of 90 Day Fiance Season 7. According to the new trailer, the audience has to be prepared for a fresh batch of couples with loads of drama. One of those couples happens to be Emily and Alexander. Let’s take a look at them.

The couple has already taken it a step further and is showcasing their sonogram images. Alexander is from Russia, and he and Emily are making it work. We know that when there is a sonogram on display, it brings a lot of spice to any 90 Day Fiance story. They might have a child together. But there is a chance that they had had it before they began filming. David, their son, was born in November 2018 in Russia.

Now, you must be thinking of why he was born in Russia when Emily is American. Well, we can say that this couple has a unique story. Emily is 29 years old. She graduated with a degree in the English language from Idaho State University in December 2015. In January 2016, Emily moved to Volgograd, Russia, for work. In February, she also posted a video of her coworkers singing her happy birthday.

90 Day Fiance: How Was The Couple’s Child Born In Russia?

According to Emily’s Facebook page, the couple began dating sometime in June. The first picture of the couple came into the social radar in September 2016. Emily captioned the image, “Missing you already. See you soon in #Moscow babe ❤️ #love.” In December 2016, Emily posted that she couldn’t wait to move to Moscow. And she probably did. Because most of her clicks from 2017 are in Moscow.
https://twitter.com/TLC/status/1183547062475997185?ref_src=twsrc%5Etfw%7Ctwcamp%5Etweetembed%7Ctwterm%5E1183547062475997185&ref_url=https%3A%2F%2Fstarcasm.net%2F90-day-fiance-couple-emily-and-sasha-spoilers%2F
In February 2017, the couple announced that they are engaged. Alexander is a personal trainer. Even though there is no surety of the couple being married or not. But if they were married, it might not have been possible for them to be on the show. This year in May, the couple traveled to the United States. Emily’s mom is in South Bend, Indiana, and dad lives in Portland. So, to meet the parents, Alexander has to travel to two separate places.

90 Day Fiance: Where is The Couple Now?

Are Emily and Alexander in the US? Are they married? Are they still together. We don’t have sure answers to all of these questions. But according to Emily’s Facebook page, she is in Portland, Oregon, a suburb of Tualatin for her job. According to Alexander’s Facebook and Twitter profiles, he is also residing over there. They might be in the middle of their K1 visa process. Stay tuned for more 90 Day Fiance updates!