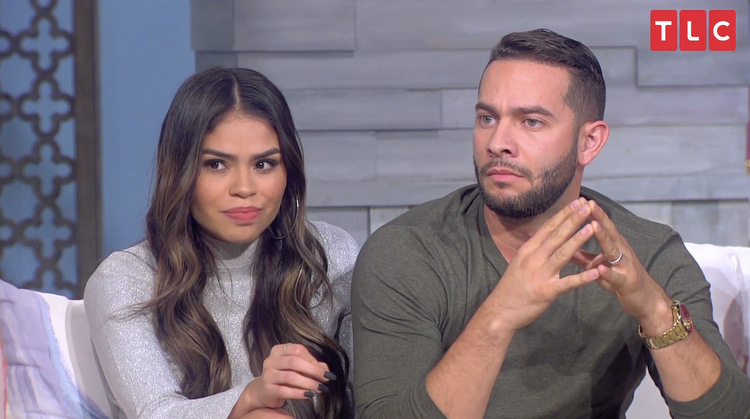 90 Day Fiance: Happily Ever After Is In Full Swing with the cameras rolling in Chicago! However, this is the same place where the cast members have filed for divorce. Can you see the irony? Season 6 of 90 Day Fiance featured Jonathan and Fernanda. Even though the two of them tied the knot in holy matrimony, they weren’t meant to last forever. Let’s take a look as to what went down with this 90 Day Fiance Couple.

90 Day Fiance: Jonathan And Fernanda Didn’t End Up On a Happy Note

We have seen drama surrounding 90 Day Fiance couple who don’t get to see themselves happily walking off in the sunset. Even though most of the fans focus is on Larissa and Colt and Jay and Ashley, when it comes to an ugly breakup, Jonathan and Fernanda are no far behind. Jonathan filed all divorce p aperwork on 21st June. The 33-year-old no longer intends to stay with estranged wife Fernanda and is ready to move on.

The Mexican native Fernanda met Jonathan while he was on a vacation to Mexico. He demands that the couple split all the assets they obtained during the time when they were married. He has refused to pay any spousal support and is not paying for her attorney as well. On June 29th, the court served Fernanda with the divorce paperwork.

90 Day Fiance: Couple’s Last Words For Each Other

Even though the couple didn’t end up on a good note, Jonathan defended Fernanda by mentioning that she is not a gold digger. He also cleared the air when people started blaming her that she is with him for the green card. The cameras are capturing the situation in Chicago and it’s ready to air in the future season of 90 Day Fiance: Happily Ever After?

Reason Behind Jonathan And Fernanda’s Breakup

Jonathan and Fernanda split up soon after they tied the knot. According to Jonathan, the Mexican beauty had a change of heart. He also stated that she felt homesick and was missing her family. However, she also wanted to pursue a modeling career. Rivera reveals that the feelings they had for each other were real. But they didn’t work out for the long haul. There were some things she said that he can never forgive. We saw on social media that Fernanda also apologized to Jonathan. However, now, he has moved on with another foreign beauty.

Jonathan said that he tried his best to save his marriage and did not give up. He also canceled his affidavit and faced a lot of backlash for the same. She realized that she was going to live a different lifestyle and asked for his forgiveness. However, Jonathan hasn’t forgiven her yet. She has been in Chicago ever since focusing on her career and fitness.
Stay tuned for more updates on the estranged couple!