90 Day Fiance couple Tania and Syngin have had a tumulous relationship as we have seen on the show. Fans have been treating her as the villain and Syngin as the victim. The recent event just makes that more obvious. Syngin has uprooted his life and moved to the States to be with Tania. However, just before their wedding day, Tania says that she is not sure about her marriage with Syngin. What’s going on? Let’s take a look.

90 Day Fiance: Tania Unsure About Her Wedding To Syngin

In the preview video for the upcoming episode, we see Tania asking her friends what tells them to be sure about marrying a guy. One of the friends says that it’s the heart. Tania straightaway replies in a big NO. It’s shocking that just a day before her wedding, she is so doubtful. 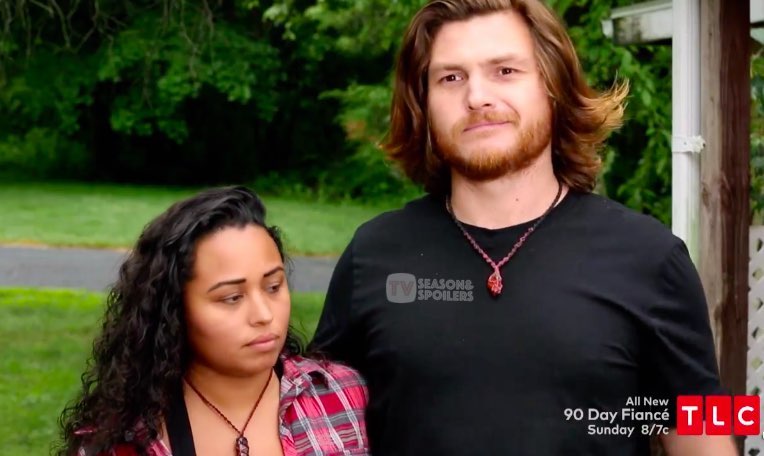 She has been the center of fans’ hate for a long time. Moreover, the fact that she has not been treating Syngin with respect is one of the reasons why her antics can seem even more annoying to some fans. Earlier, she pressured Syngin on having kids. He wanted to be prepared and stable enough before thinking of kids.

They were living in Tania’s mom’s shed. Syngin was already adjusting with a lot of stuff. If that wasn’t enough, Tania left for Costa Rica for a month. She wanted to pursue the course for becoming a witch doctor. So, she left Syngin in America for a month even though she had only three months with him. Even her family members and relatives were against this decision.

Tania and Syngin got into a fight just one night after she came back from Costa Rica. Syngin gave her a DIY necklace. He has been working to expand his business of DIY jewelry. So, he often wears some stuff when he is on TV for some exposure. He gave one of the necklaces to Tania as a welcome gift and told her that it will take away all the negativity.

After the fight, Tania blamed it on the necklace. She said that the fight happened because she was wearing the necklace. All in all, the couple has not been stable in their relationship and there is a severe lack of positivity.

Tania and Syngin met in South Africa when she was on a date with another guy. But that didn’t turn out very well and Syngin was there as a bartender. They started to hit it off and started to fall for each other. She extended her stay and they filed for a K1 visa. However, it seems like the couple didn’t think through their financial situation before taking such a big step. Do you think they will last after all this chaos? Let us know in the comments below. Stay tuned for more 90 Day Fiance updates.