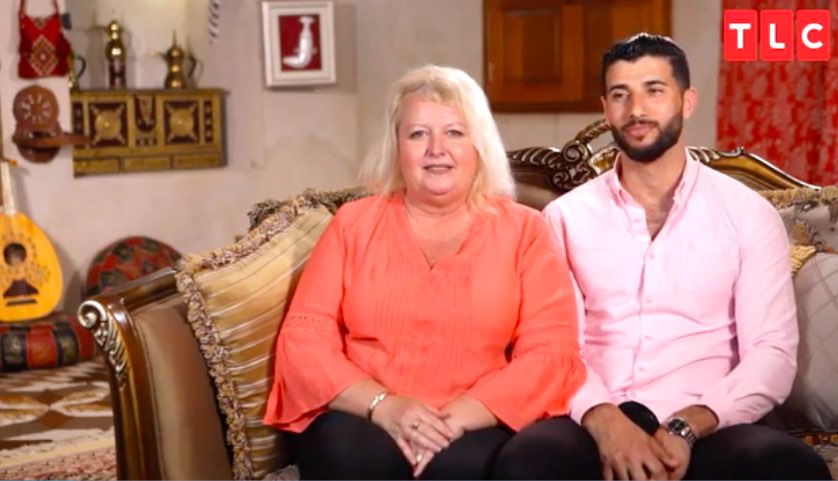 90 Day Fiance: The Other Way; Aladin and Laura Break Their Silence Over Divorce Rumors

90 Day Fiance star Laura humiliated Aladin in front of the entire world. She outrightly stated that he lasts 2 minutes in bed and she is clearly not satisfied. Moreover, she pulled out a vibrator and told him that it was supposed to spice things up in bed. With all that being said and done, it is clear that Aladin feels disrespected. He made it clear that he was offended by the sex toy and stepped out of the room. Even though the filming took place months ago, we can see the fallout in real-time.
Aladin recently removed Laura from his Instagram. He deleted all their pictures, and they both stopped following each other on social media. This has led to rumors that the couple might be getting a divorce. Both Aladin and Laura have something to say about this. Let’s take a look.

What Do Aladin And Laura Have To Say About Divorce Rumors?

Most of the fans are rallying their support for Aladin. They agree that Laura shouldn’t have humiliated him on a public platform. Fans feel that she should not have been so open about her intimate life in front of the TLC cameras. Most fans have been asking for updates. However, Aladin has chosen to keep quiet. He is refraining from talking about Laura and anything related to that incident. But he did drop a couple of hints that indicate a split.

When he removed Laura from his IG, he posted two stories. Aladin mentioned that sometimes we have to rise above what we love and think about what we deserve. Another story read something about him done being disrespected. He stated that we couldn’t make people respect us, but we can certainly choose not to be disrespected.
As for Laura, she stated that they have signed an agreement in which they can’t tell fans what’s going on. Al in all, both are directing the questions of the viewers and telling them to watch the show. In the comments section, Laura also appreciates a fan for support.

90 Day Fiance: The Other Way; Laura’s Son Drops Another Hint

Laura’s son Liam recently posted a picture of him and his mom on Instagram stating that the dogs are happy to have her back. This means that Laura is back to Florida. Liam also stated that things were bound to get ugly from that point. There are chances that the couple might have split up if Laura is back to the States.
https://www.instagram.com/p/B0TPJmwpN1s/?utm_source=ig_web_copy_link

90 Day Fiance: The Other Way; Is TLC Creating All The Hype?

Both Laura and Aladin are echoing into urging fans to watch the show. There are chances that it is a classic TLC move to maintain the drama and spark for the viewers. As for Laura and Aladin’s relationship, they are at a delicate stage. Do you think they are going to stay together? Let us know in the comments below.