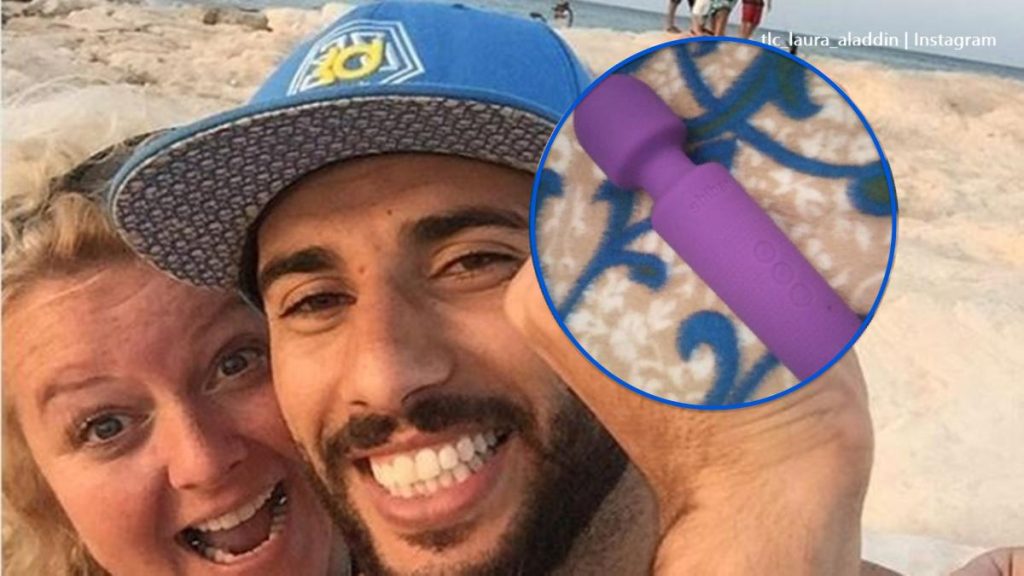 '90 Day Fiance': The Other Way; Aladin Says Laura Is Pregnant From Purple Friend, Laura Still Sticking To Her Statement

We know how insecure 90 Day Fiance star Laura can get when it comes to Aladin and other women. Recently, she posted a picture of her and Aladin on Instagram, and the caption read as follows. She stated that they love each other very much and that they are not divorced. There have been rumors regarding their separation and Lura cleared the air around this. But the last line of her caption has fueled pregnancy rumors. Let’s take a look.

90 Day Fiance: The Other Way; Is Laura Pregnant?

Laura stated in her caption that they have a muffin in the oven. It seems to imply that there might be a baby on the way. Laura implied that she is pregnant, but Aladin straightaway declined. When a fan commented on Laura’s post tagging Aladin to confirm the news, Laura deleted that comment. When she mentioned her pregnancy indirectly, all fans could do was speculate. But she made it official while talking to @talker_of_shits on Instagram. She also stated that the pregnancy changes their lives, and it was a big surprise for both of them.
https://www.instagram.com/p/B2Z4E_eJmRI/?utm_source=ig_web_copy_link
However, the biggest surprise of all came to Aladin, and he didn’t know how to respond to all the news about him becoming a dad. Aladin didn’t know which baby they were talking about and Laura again had a chat with Talker of shits. Both Aladin and Laura made a joke about the vibrator.

90 Day Fiance: Aladin Denies Lauras Pregnancy Claims, Or Does He?

From Aladin’s reply, it seems like the baby claim is untrue. But if we look closely, he hasn’t said precisely that Laura is not pregnant. Also, there have been doubters raising their opinions on laura’s age and that she is unlikely to have a baby. She is 50+ and fans have been pointing out some biology in Laura’s direction.

90 Day Fiance: The Other Way; Haters Over Baby News? Laura Has Got Them

Laura has always been quick and witty in responding to haters. The same goes this time when haters started to pile on their opinions on the news. Since most people have perceived Aladin’s message as a joke, Laura clarified that Aladin was just kidding. It seems like Aladin wasn’t aware that a light-hearted joke could cause such a major stir over such a piece of big news.

https://www.instagram.com/p/B2chlIenF7a/?
While people keep claiming that it’s not possible for Laura to have a baby, she is saying no to the naysayers. Laura insists that she is pregnant and also posts screenshots of her conversation with @talker_of_shits. Do you think Laura is really pregnant? Let us know in the comments below. Stay tuned for more 90 Day Fiance updates.