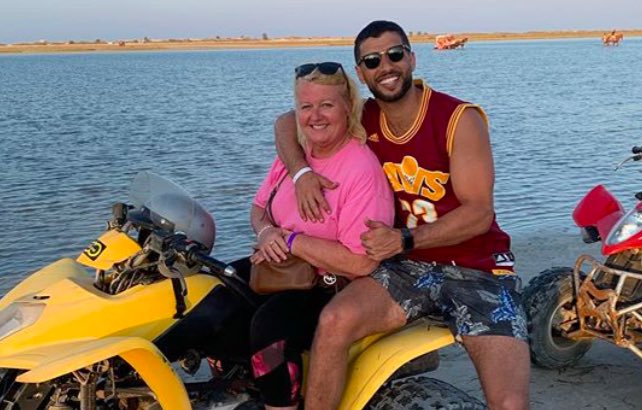 '90 Day Fiance': The Other Way; Aladin's Best Friend Reveals The Drama Is All Fake

We are used to a weekly dose of drama from 90 Day Fiance stars Laura and Aladin. And the fact that it’s all happening in real life makes it far more exciting. It increases the thrill while watching the show because these are not some cooked up fake characters. At least that’s what we are used to thinking, right? But Aladin Jallali’s best friend has got a totally different tale to tell. Let’s take a look at what he is revealing.

Aladin’s best friend recently took to social media to throw some light at the reality of 90 Day Fiance: The Other Way. Aymen Shelby says that he has known Aladin and his family forever. He wants everybody to know how fake the show is. There are many things he sees on the show that is completely different from their real lives. He blames TLC for framing people and take advantage of them. Most of the lines they say, the producers tell them to say.

He says that he was there while the filming was going on. They brought him to Qatar from Tunisia before the wedding. He saw first hand how they manipulated the truth. He tries to defend his friend by saying that the show always makes one person look bad. On the other hand, the other person takes away all the sympathy. He reveals that the contestants have no idea how the network is going to edit and twist what they show.

90 Day Fiance: The Other Way; Is Laura The One To Be Blamed?

Aladin’s friend revealed that Laura was the one who agreed to put their relationship out in public. She agreed to disrupt their privacy and jeopardize their relationship for money. Fans are saying that his friend is just trying to put all the blame on Laura. If the two of them are on the show, it’s because both agreed to be on it. He says that it’s not reality, just entertainment. Some fans say that even if some parts are fake, something is got to be real.
https://www.instagram.com/p/B0wl_cxhD-v/?utm_source=ig_web_copy_link
One user says that even if it’s staged if a person agreed to be on TV, they are going to be judged. Most of them are being sarcastic about the fact that the drama is staged. But another 90 Day Fiance cast member has something else to say. He reveals that there is no script. But there are some contestants that lie to the producers so that they can get some extra air time. Even though he spoke from his own experience, David made it clear that he can’t say for everyone else.
He also defended TLC for editing the episodes. David mentioned that if there was no editing, viewers would fall asleep watching the 3-hour dinner conversation! What do you think about this latest 90 Day Fiance

revelation? Let us know in the comments below.