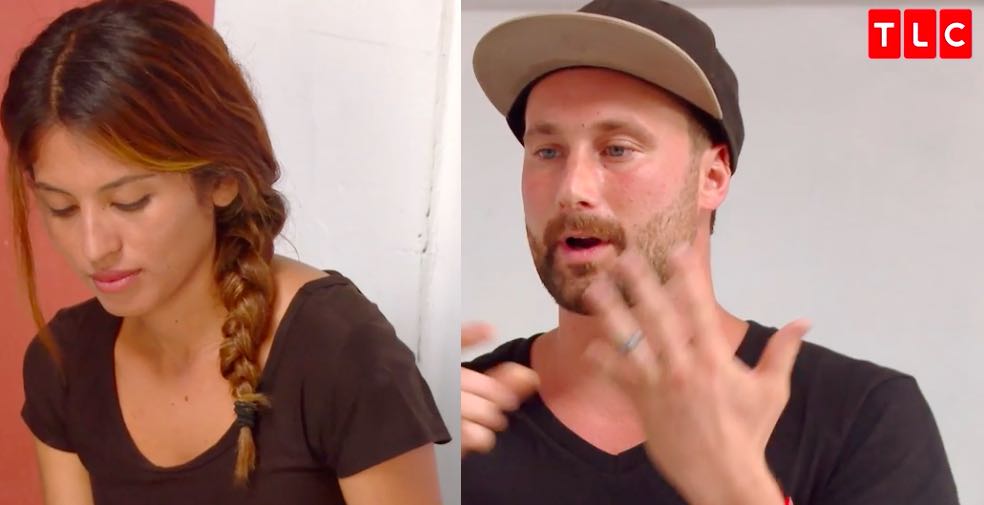 90 Day Fiance: The Other Way; Corey Ask Evelin To Wear A Ring To Prove Their Relationship

Recently on IG, a video was uploaded in which Corey is confronting Evelin about her ex. He asks her why he is still so important in her life. She says that he was there before Corey came and he is going to be in her life afterward too. Corey also asked her whether she is into him and whether this relationship matters to her. To which, she replies no, and that she is not sure about it anymore. Later, she started crying and told Corey to leave the room. Let’s take a look as to what fans have to say.

90 Day Fiance: The Other Way; What Do Fans Have To Say?

Most of the fans are adamant over the fact that Evelin is nothing more than a gold digger. They want to know what Corey sees in her that makes him fall in love with her. Another fan states that she is not into him. She is just using him to build a bar and pay her bills. Cold-hearted, rude, not into him as much as he is into her are some of the blames viewers are putting on Evelin. In the video, she says that love forgives everything. A fan pointed out with some choice words that there are limits to that as well.

Corey has always been wondering whether Evelin is in it or not. But according to fans, there is nothing to wonder. She has been giving him messages about not being into the relationship as much. The couple is getting a lot of backlash on social media. One fan points out that Evelin has stated that she is not even ready to get married. However, the show is about people who are willing to tie the knot with their foreign significant other. The user also questions why they are on the show, for fame or for money. Another user called out their relationship as being bad for everyone’s mental health.

The biggest bast came when Evelin outrightly blamed Corey for wanting more fame. They discussed that he won’t reveal the ex-boyfriend thing on social media. She also blamed him that she doesn’t matter to him when it comes to wanting camera attention. Even Corey revealed that he broke a promise to Evelin by talking about the matter on National Television. He is regretting his actions after seeing how much backlash she is receiving.

He recently took to Instagram to defend her actions. When the recent episode was about to be released, he told people that they should be respectful of Evelin. A lot happened in the heat of the moment. They were on a break but now, they have moved past it. But Evelin’s latest comment clearly indicates that she is pissed. Do you think the release of the latest episode has triggered her? How will they get past it? Let us know in the comments below.