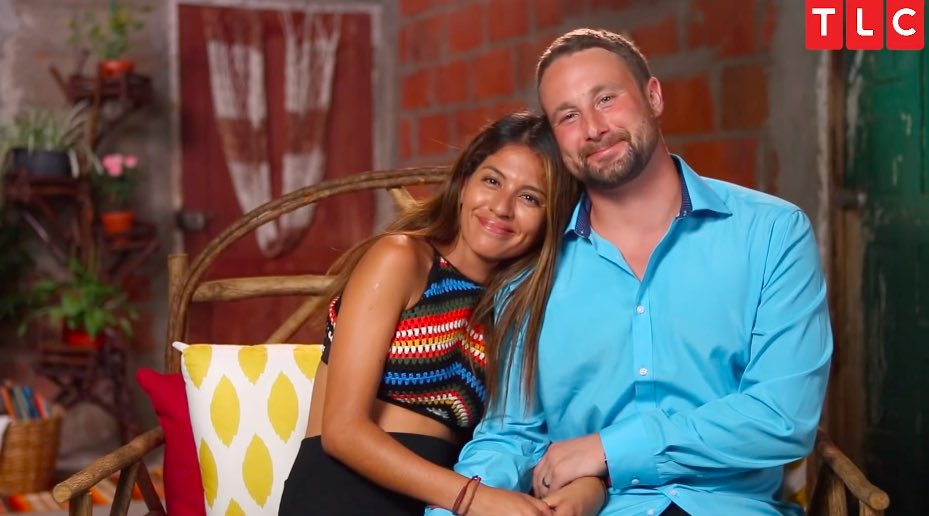 90 Day Fiance: The Other Way; Evelin Finally Responded Why She Ditched Corey At The Airport

90 Day Fiance: The Other Way couple Corey and Evelin’s relationship has been the center of all the hype since the Ecuadorian beauty didn’t bother to pick Corey from the airport. He flew from another continent to the love of his life in a different land. Corey left his entire life and family behind in the US for her. He has offered more financial support than one can imagine. He has spent a total of $40,000 on her. However, Evelin not showing up at the airport has appalled fans to their core.

90 Day Fiance: The Other Way; Evelin Revealing The Reason Why She Didn’t Show Up At The Airport

In a recent Instagram post by Evelin, we can see her revealing a tanned body in a bikini. She states that Corey got a good welcome and people need to stop worrying about him. She also states that there might be a reason behind her not coming to the airport or not. She might reveal it in the upcoming episode or explain later. However, there has been a lot of backlash after fans saw the way she reacted over this.

What Do Fans Have To Say About Evelin’s Attitude?

Evelin thought that Corey is a grown man and he should take the bus. However, fans think that this action was really insensitive on her behalf. She didn’t go to pick him up because she doesn’t care about him or the relationship. Catching a bus in another state is stressful enough. Eveling telling Corey to catch a bus in another city is completely out of line. The fan calls her a gold digger and suggests that Corey should have booked a return flight home.

The common opinion of fans states that she isn’t in love with him. Nother one points out the amount Corey has spent on her and calls this relationship a train wreck. Someone else said that Evelin thinks she is much more attractive than she really is. It seems like she has really started to get on to fans’ nerves.

Corey sold off his car, packed up three large bags to head out to a strange country. He is the one making all the compromises in the relationship. However, Evelin’s attitude is extremely indifferent towards him and the entire relationship in general. At one point, Corey even revealed that he is scared about the uncertainty with which Evelin talks about the relationship. He states that if someone else was in his situation, he would have broken up with her. However, he loves Evelin and wants to start a new life with her.
When Corey face times with Evelin before, she says that she is hoping for things to work out. She also goes on to say that if they don’t, both of them are young enough to move on. Do you think Corey has taken a big risk with his life by moving to a different country for Evelin? Let us know in the comments below.