The 90 Day Fiance Franchise airing on TLC is taking a major turn. 90 Day Fiance: The Other Way trailer suggests that there is going to be tonnes of drama like there has been never before in any season of the other parts of the 90 Day Franchise! One particular couple that has been gaining a lot of hype recently is Jenny and Sumit. She is twice his age but she claims that they are in love. The recent trailer on Twitter reveals that Sumit hasn’t been entirely honest about himself online. Let’s dive a little deeper into their situation.

90 Day Fiance: The Other Way; Jenny Moving To India With Her Boyfriend

Among the six Americans who are moving to other countries to move their relationship forward with their significant others, one is Jenny from California. She has been really excited about getting her visa and traveling to India to spend the rest of her life with Sumit. Jenny has decided to leave all her friends, family, children as well as grandchildren behind to be with the love of her life. On the other hand, he is not ready to tell the tale of his aged American girlfriend to his traditional Hindu family. He plans to keep it all a secret.

He’s half her age, but has her whole heart. 60-year-old Jenny can’t wait to start a new life in India with her boyfriend Sumit. But is she prepared to give up everything for love? Don't miss #90DayFiance: The Other Way next Monday at 9/8c! pic.twitter.com/wEtn3tajRj

When Jenny expressed her concerns over Sumit not having a profile picture, he sent her some pictures of a different person, pretending to be Michael Jones. Jenny explains that he was afraid that she won’t accept him just because he is Indian. However, she forgave him for sending the fake pictures. When they face-timed on Skype for the first time, she complimented him and said that he is cute. Sumit is still thrilled about her comment. Finally, Jenny is in India and has whole-heartedly decided to stay in a relationship with Sumit and live happily ever after. 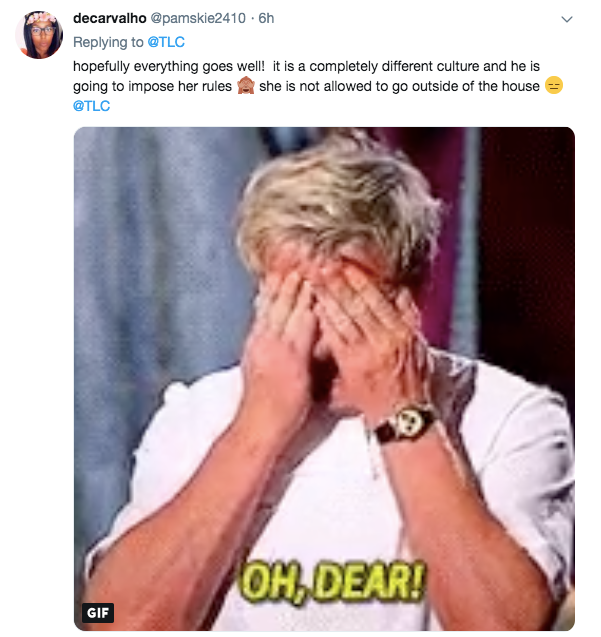 90 Day Fiance: The Other Way Is Jenny Making a Huge Mistake?

From what it seems like, Sumit hasn’t been completely honest about himself from the beginning. This makes the entire relationship seem a little fishy. He pretended to be someone else even if it meant lying to the woman he claims to love. He is hiding the relationship from his parents and relatives which raises doubts about him being serious about Jenny.

What do you think about Sumit concealing the entire relationship and even the show 90 Day Fiance: The Other Way from his family? Do you think he isn’t serious about the relationship or is just waiting for the right time? Jenny has uprooted her entire life to be with the person she considers to be the love of her life. Do you think she is right following her heart or is she making a huge mistake? Even if they manage to make it work for now, will the age gap become a problem in the future? Let us know in the comments below.