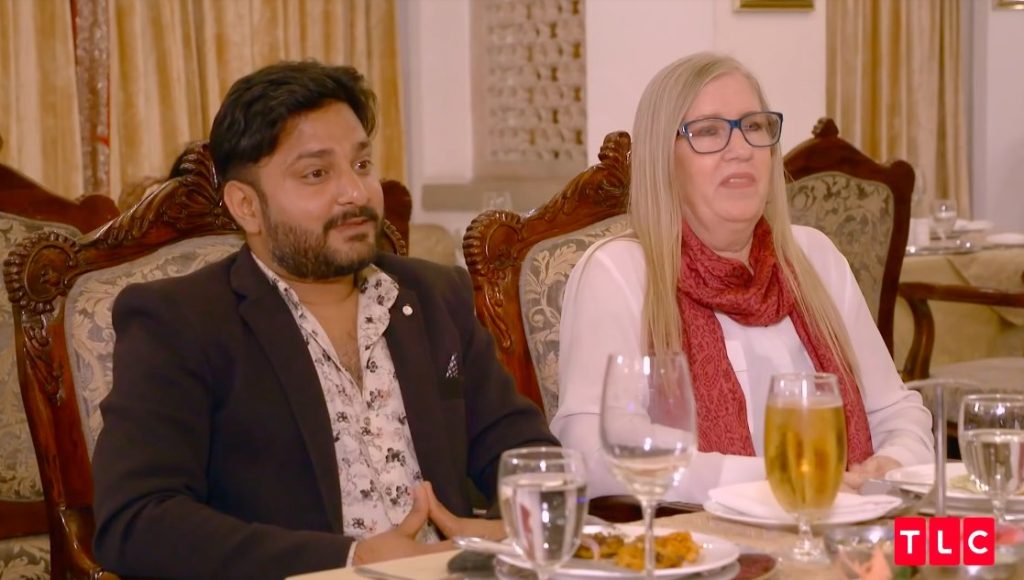 90 Day Fiance: The Other Way; Jenny And Sumit Shooting For Next Season In The US, Spotted Shopping With Producers

If we were to speak of one of the most controversial pairs on 90 Day Fiance: The Other Way, Jenny, and Sumit would top the list. His lying and cheating have taken over the internet like a storm. Sumit has been in an arranged marriage despite his claims to love Jenny. He kept his marriage a secret until the Tell All.
Jenny has come to terms with his secret. The viewers are dying to know what’s next in the life of this couple. Rumors say that they are filming for another season. In fact, there is some ring shopping going on with the crew. Let’s dig a little deeper into this.

90 Day Fiance: The Other Way; Is Jenny Ring Shopping With The TLC Crew?

According to Soapdirt, we have already heard that Deavan and Jihoon are filming for the next season. But one more pair is now added to the list, and that is Sumit and Jenny. Recently, Jenny posted a picture, and in the caption, she stated that she is in America. Many fans have been wondering whether she really broke it off with Sumit. In a recent clip, we saw Jenny leaving India and saying goodbye to Sumit.

Regarding Sumit and Jenny: pic.twitter.com/Hy28k10Wmd

In the video, Jenny stated that they love each other, and Sumit makes her happy. But he can’t go against his family because of his culture. But according to the latest sighting, Jenny has been shopping for a ring with the TLC crew. Her daughter was also present with her. It’s unsure who the ring was for. But the fact that TLC has been filming her shopping spree might indicate something more.

90 Day Fiance: The Other Way; Are Jenny And Sumit Together?

All we can say right now is that Sumit and Jenny had their teary-eyed goodbye as Jenny ran out of time to stay in India. There have been claims that the couple plotted to dupe viewers from the beginning. However, most fans seem to state that they are each other’s soulmates. In fact, in Jenny’s picture, most people commented that she would find her way back to Sumit.

And guess what? With TLC filming her moves, it seems highly plausible. It’s unsure whether they are going to have a happy ending yet. But we are definitely going to see more of Jenny and Sumit on the next season of 90 Day Fiance: The Other Way. People have been debating all along whether Jenny knew about Sumit’s marriage.
It seems like the couple’s fate is not decided yet. But we are sure to see some exciting events unfold. There are chances of some more family members getting involved. In the video, Sumit stated that he wouldn’t stay in the arranged marriage anymore. This might have prompted Jenny to take him back. What do you think the future holds for Jenny and Sumit? Let us know what you think of their fate in the comments below. Stay tuned for more