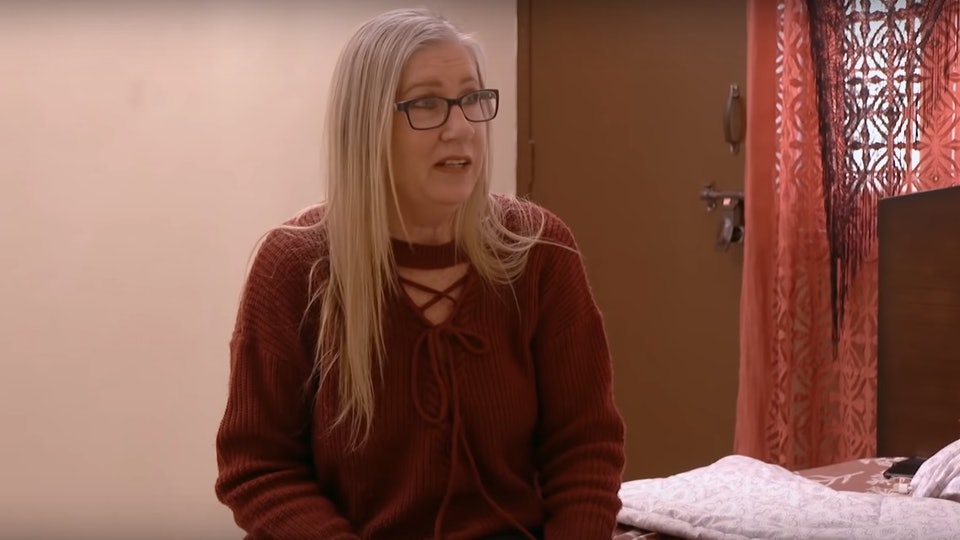 90 Day Fiance: The Other Way; Jenny Says Sumit Is Treating Her Like His Mistress

The preview clip of the latest 90 Day Fiance: The Other Way episode is out. With all the twists and turns that are happening in the contestants’ life, the plot is definitely getting thicker. Aladin and Laura are on edge. Jenny thinks Sumit is not treating her as he should. Baby rumors are all over, and Tiffany is planning to expand her family. Let’s take a look as to what’s likely to happen in the upcoming episode of 90 Day Fiance: The Other Way.

90 Day Fiance: The Other Way; What’s Going On With The Couples?

The clip starts by Tiffany, Ronald, and little David looking like a happy family. She states that the couple has always talked about expanding their family. She definitely wants a baby! Speaking of babies, Deavan thinks that Jihoon is not ready for a baby yet. When she asks him whether he wants to change his diaper, he has no idea how to go about it.

Babies, babies, babies! Tune in to a new #90DayFiance: The Other Way Monday at 9/8c. pic.twitter.com/0vkf7VmNQS

The biggest hurdle that can come in Tiffany and Ronald’s way is a relapse. Ronald has been addicted to gambling in the past. If he relapses, everything is over. This is a much bigger concern now since they are planning a family together. Moreover, Ronald has broken Tiffany’s trust by going a little over the board at his bachelor’s party. She already had trust issues because of his shady past.
As for Jihoon and Deavan, we saw how the couple struggled to get Jihoon’s parents’ blessing for their marriage. The language barrier has been a big hurdle among them. Plus, nobody seemed to be a fan of Daevan’s daughter. Now, the couple’s baby is born and Jihoon doesn’t seem prepared to be a father.

90 Day Fiance: The Other Way; Jenny Thinks Sumit Treats Her Like a Mistress

Jenny is accusing Sumit of treating her like a mistress. She feels like she is his sidekick. Since he has been hiding her from everyone, Jenny is questioning the big sacrifice she made coming down to India to be with Sumit. Sumit says that it’s not like that at all. However, this time, it seems like it’s going to be difficult for him to convince Jenny. First, he catfished her by telling her that he is some model. Later, he confessed when they fell in love and she forgave him.
However, Sumit has kept his entire family in the dark about Jenny. He is not telling anyone that he is living with Jenny. Plus, none of his family members know that he has plans to marry her. He has lied to his parents that he is living out of town for a job. In reality, he is living in an apartment with Jenny. The place they reside still has risks of someone familiar spotting them. The wide age gap and different nationality of Jenny are some of the reasons why Sumit’s family doesn’t approve of her.
Do you think Sumit should come clean about Jenny? Let us know in the comments below.