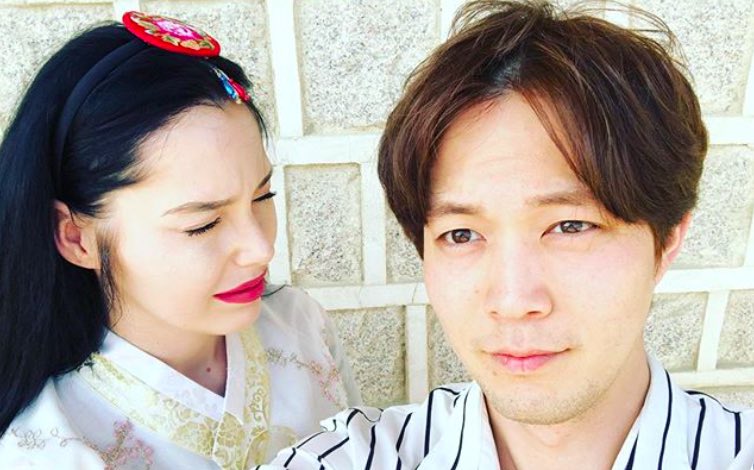 90 Day Fiance: The Other Way fans saw that Jihoon’s parents were on their way to the US. Deavan was already worried that she might give a bad impression to her in-laws. Considering that Drascilla is a hyper-active child, the road to pleasing Jihoon’s parents seems a little difficult. Let’s take a look at why Jihoon’s parents might think that Deavan doesn’t know to parent very well.

Every child does mischiefs and is in a stage where they do all the naughty things. It’s cute but if things start to out of hand, the situation can become quite overwhelming. That is exactly what happened when Jihoon’s parents met Drascilla for the first time. Deavan was already worried because of her daughter. She mentioned earlier in the episode that Drascilla can’t sit still for more than 10 minutes in a position.
When she was at the airport, Drascilla made snow angels on the floor. When they take a halt, Jihoon’s family is in absolute shock at her behavior. Deavan also revealed that Drascilla is going to sleep with them since she slept with her parents until the age of seven.
https://www.instagram.com/p/Bzrd6KanRqW/?utm_source=ig_web_copy_link

90 Day Fiance: The Other Way; How The Scene Went Down With The Entire Family

Jihoon’s parents were definitely not expecting chaos on their trip to the US. Deavan brought some eggs for the entire family. However, Drascilla immediately started to make a fuss and yelled to grab most of the pieces for herself. She continued to misbehave even when Deavan told her that it was for everyone. Jihoon’s dad tells her not to touch the plate, yet, she lends a deaf ear to him.
Jihoon mentions that it was the food the whole family was supposed to eat. His dad mentioned that they won’t be able to eat it now. Jihoon said that he can eat it but his parents won’t be able to. He thinks that Drascilla is just pushing it. She blew raspberry out of her mouth. That’s when Jihoon pointed out that she should have some manners.
https://www.instagram.com/p/BzYb0mqnKv9/?utm_source=ig_web_copy_link

The biggest and the most irrational move comes from Deavan when she defends Drasilla’s misbehavior. When Jihoon says that she needs to get some manners, Deavan quickly says that Drascilla says please and thank you. As if that is what manners are all about! Her mother in law discreetly states that Drascilla is an active child. Finally, Deavan got tired of Drusilla acting this way and took her to bed.
If Jihoon’s parents think that Deavan might not know how to do parenting, it might be because Deavan was defending her daughter at the wrong time. When she should have been stern with her, she defended her wrong actions. Do you think it’s Deavan’s fault that her daughter behaves this way? How will it impact her relationship with Jihoon? Let us know in the comments below.