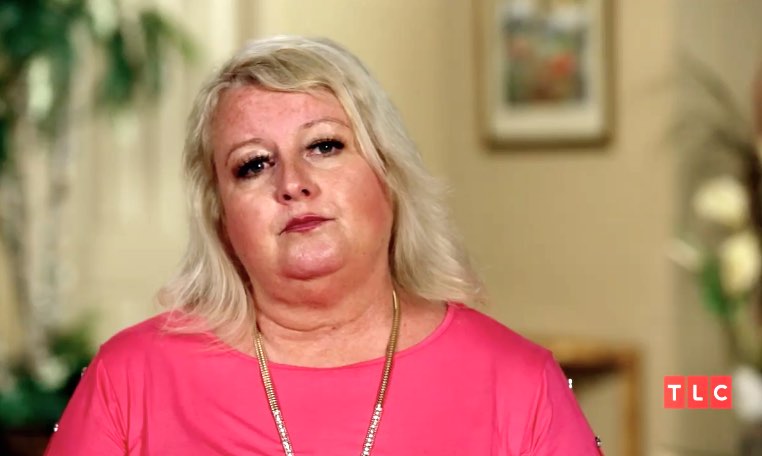 90 Day Fiance: The Other Way; Laura Accepts She Is Not Sexually Satisfied With Aladdin

Laura and Aladin have had a strange relationship since the day 90 Day Fiance: The Other Way aired. It seems like Laura is way too insecure about the age gap. Considering that her husband left her for another woman, the damage is reflecting upon her current relationship as well. This time, she opens up about a new issue she is facing with Aladdin. Let’s take a look.

The clip shows Laura in a girls night out with two of her friends. She reveals that her friends don’t know a lot about Aladdin. But they are aware of their engagement. They also know that she is leaving for Qatar. When Laura begins to talk about her move, one of the girls says that they don’t want to see her leave. She points out the age difference of almost 15 years and said that such a big move for a man so younger than her is quite rash.

But when she tells them that Aladdin is just 29 years old, their eyes pop out. She says that it can’t be real. Laura says that he is cute. Her friend goes on to say that she is beautiful, but Aladdin is just 9 years older than her son. She says that Laura is abandoning her son Liam for this guy. It blows her mind that she is leaving her son behind to be with Aladdin in Qatar. When she asks Laura whether she loves him, Laura says yes.

Laura goes on to say that he is Arabic. They have a very different version of intimacy than Americans. She says that it’s mostly about pleasing them. However, when it comes to pleasing the woman, they are not so focused on it. Her friend decides to dig it a little deeper and ask what exactly she means by that. She tries to point our discreetly that Aladdin refuses to go down. She goes on to say that he shouldn’t judge her about that.

What Does Laura’s Friend Have To Say About Aladdin Not Being Able To Satisfy Her Sexually?

Laura’s friend says that it’s a big red flag that Aladin is not able to sexually satisfy her. She says that if she has to be dissatisfied, she doesn’t need to go to Qatar. She can do that right in the US!

Do you think it is all just piling up to the red flags of Laura and Aladin being together? Let us know what you think in the comments below.