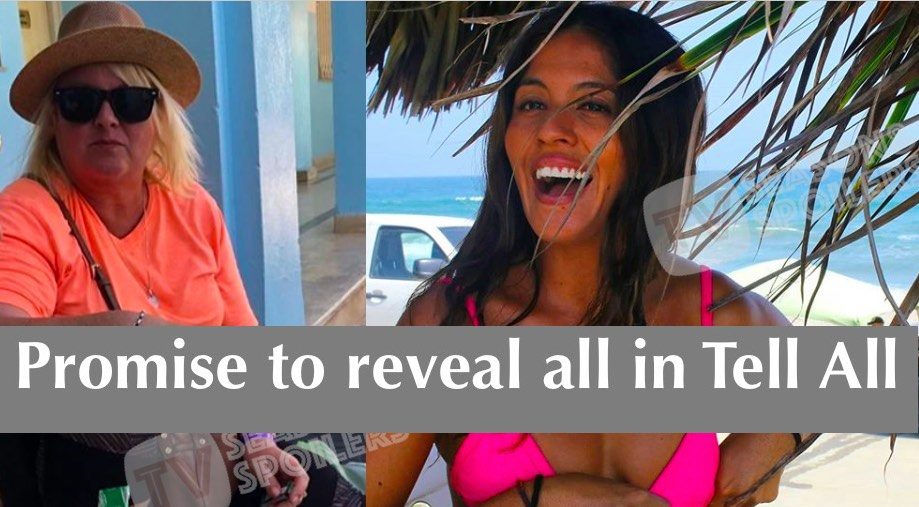 '90 Day Fiance: The Other Way' Laura and Evelin Together On IG Live From Ecuador

90 Day Fiance: As we already know, Laura is in Ecuador with Evelin. A while ago, she posted on Instagram that there is a muffin in the oven. It meant that she is pregnant. Of course, now we know that she was lying. Even Aladin quickly denied it. Later, she created confusion and stated that it was an ectopic pregnancy. Recently, Laura and Evelin came live together, and she claims to have cleared some air. Let’s take a look.

‘90 Day Fiance: The Other Way’ A Detailed Look At The Live Video

Evelin takes Laura’s side and tells that people don’t know what Laura is going through. She also tells the viewers that they should be patient and watch the Tell All before forming an opinion. Evelin also had a message to give to the cast members. She told them that they all are aware of how hard it is to film the show. And all the women should stick together. She then shifted the camera to Laura and said that she is amazing and beautiful.
https://www.instagram.com/p/B2qDiWSHI5W/?utm_source=ig_web_copy_link
Laura then expressed her gratitude to her supporters. She also emphasizes that after the Tell All, fans are going to know exactly what’s going on.

’90 Day Fiance: The Other Way’ Fans Spewing Hate On Both Alums

Evelin is clearly one of the most hated cast members of ‘90 Day Fiance: The Other Way’. Laura is also not far behind her. Both have their fair share of haters. Fans took the live video as an opportunity to let it all out. Someone told Evelin to fix her teeth with the ‘90 Day Fiance: The Other Way’ money. Others said that Laura seemed drunk and Evelin gave her all the liquor she bought from Corey’s $40k.
One fan stated that Evelin and Laura deserve each other. Another common opinion is that Laura’s son was right in the first place. One user calls Evelin and Laura, the strangest duo. Someone also said that none of these women deserve even 10 followers since they are so mean.

As for the other cast members, Deavan took a solid dig at Laura’s fake pregnancy news. She stated that it’s unfair to use pregnancy to gain someone’s attention. Since she had been in an abusive relationship in the past, her advice to women is to walk out of such relationships. One fan stated that Laura also has to deal with a lot of controversies. But she handles it way better than Evelin does.

Evelin and Laura Defending Themselves

Evelin is going to have to explain people for the upcoming 10 years that she is not mean. The fan also added that she has been acting crazy and mean throughout the show. And trying to prove otherwise is just a waste of time and energy. What do you think is going to happen on the Tell All? Let us know in the comments below. Stay tuned for more 90 Day Fiance updates.