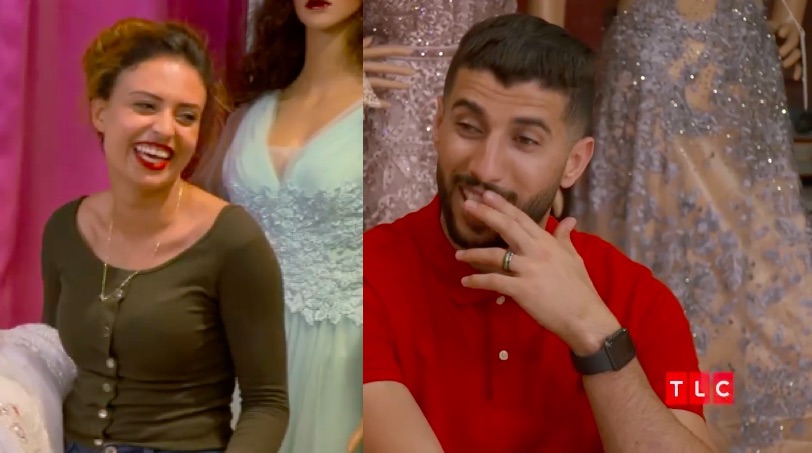 '90 Day Fiance: The Other Way' Laura Gets Furious When Aladin flirts with 'SALES GIRL' Infront of Her

We have seen how possessive Laura has been in the initial episodes of 90 Day Fiance: The Other Way. She checked Aladin’s followers and following list on various social media platforms and asked him for an explanation. Recently, according to a preview clip, something happened that caused her to infuriate. Let’s take a look.

’90 Day Fiance: The Other Way’ Did Aladin Just Flirt With Another Woman In Front of Laura?

Laura came out of the changing room, and Aladin told her that the outfit she was wearing looks really nice. But she said that the dress is lovely for someone skinny. Aladin then told her to look in the mirror. She said she already did and thought that dresses aren’t her cup of tea. She likes to put on casual outfits. When the salesgirl tells her to try on a traditional Tunisian outfit, she asks Aladin if the color has to be white. He replies yes and tells her that it’s not a choice.

He tells the cameras that Laura doesn’t want to try a white dress because, in America, they can wear whatever they want. The salesgirl then tries on the dress and asks how it’s looking. Laura quickly says that she will try it on. The salesgirl asks Aladin for how long they have been together. He told him that they met on the internet and ended up getting married. Aladin then goes on to say that she would not have married him if he wasn’t handsome and asked the salesgirl whether he was. He then told the salesgirl to move aside so that he can look at himself in the mirror.

Laura Feels Insecure About Aladin and The Salesgirl’s Conversation

90 Day Fiance star Laura said that she was feeling a little insecure, as Aladin spoke to the salesgirl. She didn’t understand what they were saying, and that made her insecure. Laura then asked Aladin what the two of them were chatting about, and he told her that he was telling the salesgirl about how they got married. It was because he is handsome! Clearly, they were joking around. But Laura didn’t seem pleased and said that he is not bad looking.

Laura then comes out in the outfit she recently took to the changing room to try on. Aladin liked this one better than the previous outfit. She told him that if he likes it, she is going to wear it. This time, Laura is trying to blend into the traditions. As for the flirtations, most would argue that it wasn’t worth paying attention to. They were having a fun conversation full of jokes and laughter. Most likely, there wasn’t any romantic angle in it.
On the other hand, Laura’s insecurities might rise because of the previous betrayal she got from her husband. Moreover, she can also be threatened if she sees Aladin talking to younger women. Do you think she is reasonable this time? Let us know in the comments below. Stay tuned for 90 Day Fiance