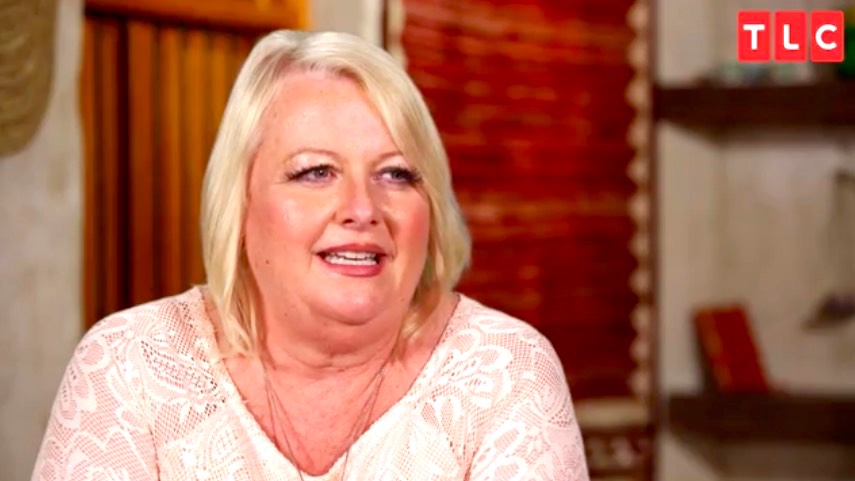 90 Day Fiance: The Other Way; Laura Reveals About Her Mental Illness, Aladin Files For Divorce Just After Tell All

90 Day Fiance: The Other Way; We all saw how much stir Aladin’s powerpoint presentation created. It portrayed him as the innocent one stuck in a bad marriage. Moreover, it was precise and described Laura as the culprit. The presentation also made it harder for 90 Day Fiance fans to sympathize with Laura. Apparently, for her, the sympathy shifted to Aladin. It seems like this news has affected Laura to a great extent. She recently took to Instagram to reveal some more hits and accusations about Aladin. Let’s take a look at what her final blow for him looks like!

90 Day Fiance: The Other Way; Calls Aladin a Narcissist

In the first picture of her post, Laura seems to describe who a narcissist is. It starts off by describing a person who lacks empathy and gaslights others. Such people also keep on lying and believe their own lies. They even get outraged without a good reason, and the other person can end up saying sorry.

They can be anyone from family, friends to a partner. Such people first let you believe that they love you and later end up abusing. In the process, they also make you believe that you have gone insane.

Laura clearly stated in the caption that it was her turn to post now. Without even saying anything else, the beginning of the caption tells us that she was implying Aladin speaking up against her. She calls him a liar, arrogant, and a narcissist. Laura also makes it clear that she doesn’t care whether people believe her. She also accuses Aladin of marrying her because he had ulterior motives.

She is tired of the bully tactics people have been inflicting on her. Laura points out that there are people who commit suicide because of online bullying and false accusations. The biggest highlight is that Laura admitted to having a mental illness. This is the first time she has stated this fact outrightly. She states that it’s not okay to bully her because of an illness. She spews shame on people who made fun of her.
https://www.instagram.com/p/B4TxJn1JJ0H/?utm_source=ig_web_copy_link
Laura accuses some viewers of putting her down in her darkest times. She also bashes those who consider Aladin as a hero. Laura blames them for blindly trusting him. She calls herself strong and states that no one should ever make fun of someone’s mental illness. Laura also mentioned that Aladin married her, but when she said that she doesn’t have citizenship, he ran! According to her, he asked for a divorce just after the Tell All.
Whose version of the story do you think is true? Let us know in the comments below. Stay tuned for more 90 Day Fiance