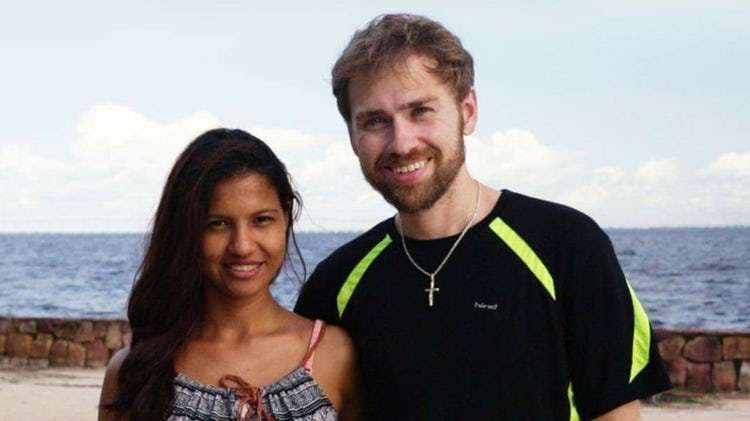 90 Day Fiance: The Other Way; Paul's Mom Gives Him a Hard Time

Disapproving parents, big changes, and leaving lives behind for love, sounds familiar? This is the exact premise on what 90 Day Fiance and all its franchises revolve around. Even though the concept of the show 90 Day Fiance: The Other Way is moving to a different country for love, it’s not as simple as it sounds. Apart from financial challenges and new adjustments, disapproving parents are the biggest challenge among all!
Since Paul’s visa was denied by the Brazilian government due to his criminal record in America, he has made an appeal with the help of the government. There are chances that Paul can still settle in Brazil with his wife and kid who is on the way.

90 Day Fiance: The Other Way; Paul’s Mother Devastated By His Decision

When we saw Paul disclose the news that he might permanently stay in Brazil with his wife, she immediately flipped out. She had a meltdown when Paul was shifting all his stuff. Moreover, when he talked about the bulletproof baby carrier, she could see how foolish he was being after he finished his bit. However, there are many reasons why his mother could be worried about. Even though it seems like she is fretting over her son moving, but perhaps she can see how immature and unstable Karine and Paul are. He has to come to America to earn and then visit Karine in the US.
https://www.instagram.com/p/ByRbOktpP92/?utm_source=ig_web_copy_link

90 Day Fiance: The Other Way; Breaking Down Paul and Karine’s Relationship

As we saw in the first episode on 90 Day Fiance: The Other Way, Paul, and Karine have some serious issues they need to resolve before they start a life together. Earlier, their relationship seemed perfect until she started talking to other men online. According to what Karine confessed in front of her family sobbing, Paul was reluctant to let her talk to other men. This caused a lot of issues between the couple and Karine ultimately asked for a divorce. Paul kept trying to change her mind but she was certain about the separation unless they discovered that Karine was pregnant.
Unfortunately, the first pregnancy resulted in a miscarriage. Even though the incident was tragic, it brought them closer and prevented a divorce. Paul had to leave for the states. When he was in America, Karine told him that she was pregnant again. Surprisingly, his trust issues came alive. He wanted her to go through a test to make sure that the baby was his. Ultimately, he decided to trust her and they welcomed their first child in March.

90 Day Fiance: The Other Way; A Difficult Time Ahead For Paul And Karine

Considering the number of problems the couple is having, it’s clear why Paul’s mom flipped out the way she did. Moreover, according to the trailer for the next episode, Paul’s application for a permanent residence in Brazil has been denied due to a terroristic threats charge. What do you think is the fate of this relationship? Let us know in the comments below.