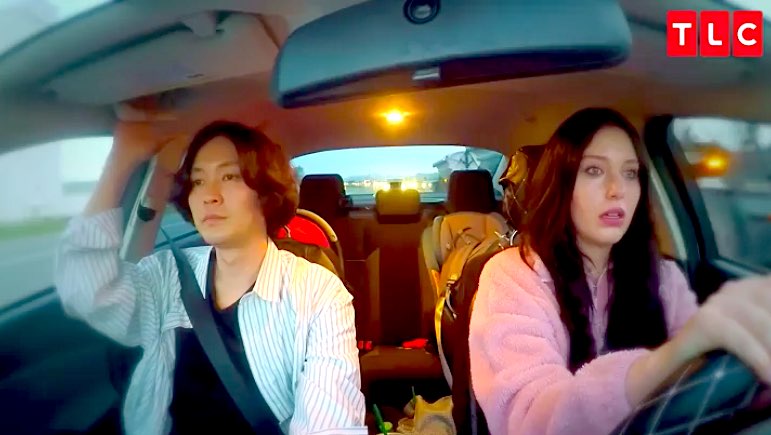 '90 Day Fiance: The Other Way'; Preview – Jihoon Freaking Out About Deavan Living With His Parents

Deavan and Jihoon have one of the most twisted stories fans have ever seen on 90 Day Fiance. She got pregnant the first time they slept together, and now they have a baby. Deavan also has a daughter from a previous relationship. Since she is a bit tough to handle, her in-laws to be had some issues.
However, they have given the couple their blessing, and they are ready to start a new life together in Korea. In the preview video, we see Jihoon getting ready to welcome Deavan and Taeyang, his little baby to Korea. He has mixed feelings about it but is really happy. However, he is also a bit nervous. Let’s take a look.

90 Day Fiance: The Other Way; Jihoon Stressed Over Deavan Coming To Korea

We see Jihoon putting a baby in car sticker on his car. It reveals how excited he is! But he states that Deavan mentioned that she wanted him to have a steady job and a house before she came back. But Jihoon is definitely unprepared for all that Deavan asked him to do. This makes him anxious and can cause troubles between them. He said that they would be living in Jihoon’s parents’ house. He seems sad and calls himself a failure despite being a dad.

Jihoon goes to his parents and tells them that they don’t have a car seat yet. His mom asks him whether it is all that necessary. But Jihoon is worried about what Deavan is going to say. He ordered a car seat, but they haven’t delivered it yet. Jihoon is extremely stressed, but his parents say that they can carry the baby for one day.

90 Day Fiance: Jihoon Freaking Out Over a Car Seat

Jihoon rushes out of the house. He says that he has to go to the airport to pick Deavan. But he also wants to buy a new car seat. Basically, he has to run from the baby store to the airport in less than 40 minutes. Jihoon is worried about being late to the airport. It seems like Deavan has really instructed him about how s he likes things to be. Since Jihoon couldn’t get the couple their own place, he knows that she is going to be freaked out about it.
Moreover, he has quit his job

in search of a better one. But before doing that, he didn’t consult Deavan at all. Maybe he is panicking so much over the car seat because he wants to compensate for the disappointment that is coming in Deavan’s way. From what we saw when Jihoon quit his job, Deavan is likely to be very upset when she finds out that he neither has a stable job nor has got their own place. Plus, living with in-laws comes with its own set of drama.
Do you think 90 Day Fiance couple Jihoon and Deavan will be able to stay happily ever after? Let us know in the comments below.