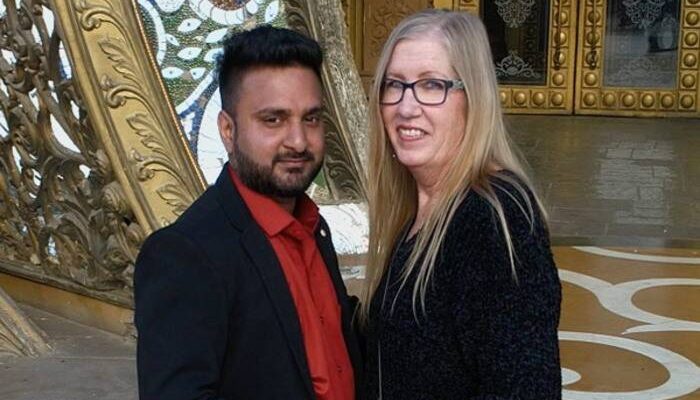 The latest preview clip for the upcoming episode of 90 Day Fiance: The Other Way shows that three couples are kind of on the edge. They include Ronald and Tiffany, Laura and Aladin, and Sumit and Jenny. Let’s break it down step by step.

90 Day Fiance: The Other Way; Aladin Yells At Laura And Breaks Her Heart

The clip shows the two of them being on a video call. When Laura asks Aladin whether he loves her, he yells at her and says that it’s a stupid question. Laura breaks into tears. She has had a troubled relationship in the past. Since her husband cheated on her, she feels insecure. The insecurity is clearly reflecting on her relationship with Aladin. She constantly asks him questions about the girls who follow him online. Moreover, he has to tell her everything about his whereabouts.
There was a time when he had to hand over his phone to one of his friends to prove that he is not out with another woman. There are many suspicions that surround the couple. Most people seem to wonder why Aladin is dating someone almost twice his age. However, until now, he hasn’t shown any direct red flags. In fact, its Laura who seems insecure.

90 Day Fiance: Sumit Is Hiding Something Big From Jenny

Sumit has something to tell Jenny. At this point, he is nervous to come clean with her. What could it be at this moment? If we consider the current scenario for the couple, it is safe to conclude that their entire lifestyle is a lie. Sumit has lied to his parents about his current residence. He has told his family that he is moving to a different city for a job. However, he is living with Jenny. She is constantly afraid of someone spotting them and letting his parents know.

90 Day Fiance: Ronald Has a Bachelor’s Party Just After Getting Out of Rehab

Ronald and Tiffany seem perfect. However, his gambling addiction has remained to be one of the major points of doubt in Tiffany’s mind. He is out of rehab, ready to start a new life. However, Ronald is attending a bachelor’s party just after getting out of rehab. Tiffany thinks that it’s crazy. She has laid out some ground rules for him. However, if he breaks them, t here is not going to be a wedding. Tiffany has been clear about it. The biggest fear in Tiffany and Ronald’s mom’s mind is a relapse. But what if Ronald does something in the bachelor’s party to accidentally sabotage his relationship? Do you think he is likely to follow the rules?

The truth comes out! 😱 Tune in to a new #90DayFiance: The Other Way Monday at 9/8c. pic.twitter.com/HNgD9cSFYp

Amid all the heartbreak, betrayals, and drama, one of the partners has given the other a second chance. Considering that the American partners are leaving their whole life behind, it’s a big risk. Do you think these relationships will work out in the future or will it be the biggest mistake of their lives? Let us know in the comments below.