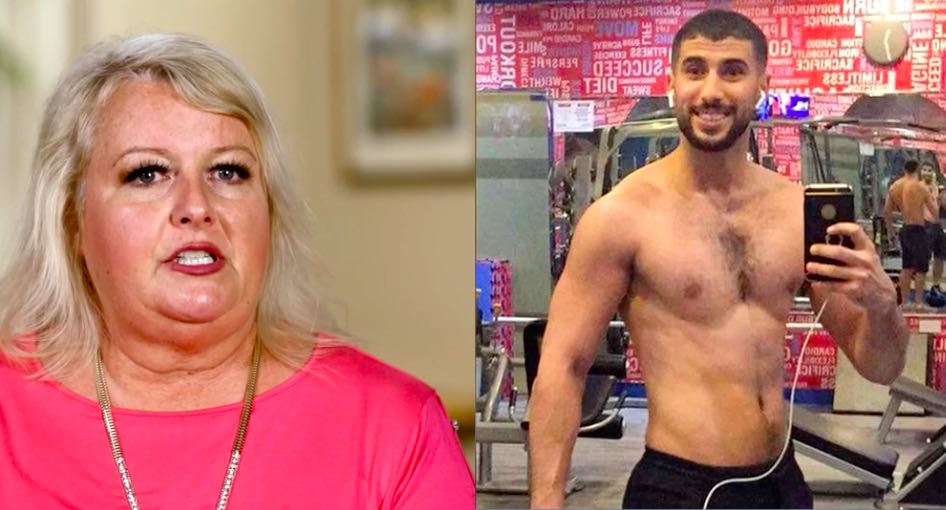 90 Day Fiance: The Other Way; While Fans Think Aladin Is A Gold Digger, He Is Spoiling Laura With Lots Of Gold

When the news of 90 Day Fiance couple Laura and Aladin dating hit the internet, the common assumption among fans was that he is using her for money. Considering the vast age gap between the two of them lead to the common opinion. Accusations about Aladin using Laura have been surrounding him for a long time. An Instagram post consists of Laura giving a stunning reply to all the accusing comments.

90 Day Fiance: The Other Way; Laura Isn’t As Loaded As We Think

Laura mentions that she doesn’t have any! This implies that she might not be as loaded as the viewers are perceiving them to be. However, she also goes on to say that Aladin is definitely wealthier than her. In fact, he is already spoiling her. Laura posted some pictures of gold jewelry stating that Aladin is going to buy her those. This clearly displays the amount of wealth he has and he doesn’t need to use Laura for money. If he were to be a gold digger, there is no reason for him to date Laura as she doesn’t even match him financially.

90 Day Fiance: People Have Nothing To Complain About!

He is rich and yet he wants Laura to come to him. This eliminates the green card greed to a great extent. Why would he call her to live in his country instead of moving to the United States? Fans couldn’t be more excited when they heard that Aladin is buying her a lot of gold. The Instagram post about Aladin taking laura jewelry shopping shows a massive amount of gold. From what we can see, even a trinket is going to cost a fortune.

90 Day Fiance: The Other Way; Are Laura And Aladin Already Married?

There have been posts that show Laura and Aladin wearing rings. Perhaps, they could have been wedding rings. In fact, in one of them, Laura was wearing a wedding band. Also, she is using Aladin’s last name on her official Instagram account, that is, Laura Jallali. Even though the 51-year-old might not be the 29-year-old fitness trainer’s victim, there are suspicions.
A young guy dating an old woman gives rise to a lot of suspicions. The way Aladin is spoiling his lady clears the air and makes viewers realize that he is almost certainly not a gold digger. Do you think he has some other intentions of dating her? Perhaps the green card or something else in the time to come, if not immediately? Or does love really have no bounds in this case? What do you think of Laura and Aladin’s relationship? Is their love pure? Let us know in the comments below.