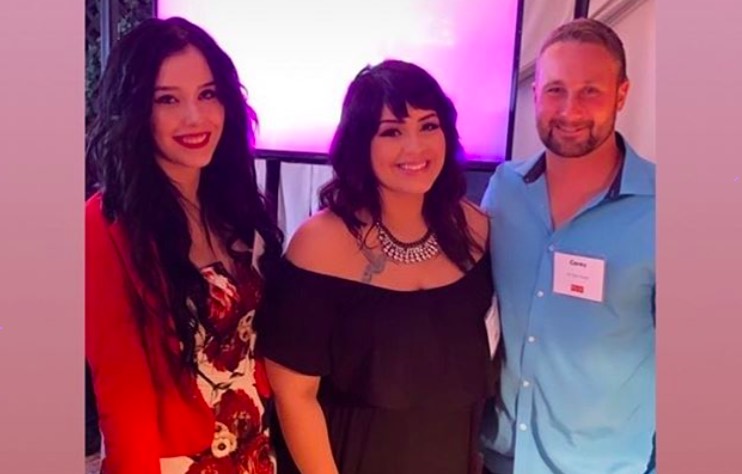 We have all watched her on 90 Day Fiance. Tiffany and Ronald are one of the couples the viewers are always rooting for. Well, we all watch the drama while glued to the screen when 90 Day Fiance is going on. But as the audience, we tend to overlook the fact that the stars have talents beyond entertaining us. Tiffany Smith is one such 90 Day Fiance alum who is a talented makeup artist. And the best thing is that she has to offer something to her viewers! Let’s take a look.

According to an Instagram post, the reality TV star is available for hourly private makeup lessons. Now, we know how gorgeous she looks on screen. Makeup enthusiasts have a chance to find out exactly how! Since she is already a fan favorite, it won’t be a shock that many viewers actually want to turn up in her class. Moreover, this is a great way to use the 90 Day Fiance fame and use it to a good cause. She is likely to make some extra money to support her family.

Here is what the viewers had to say about this. One user stated that she always liked the way Tiffany looked at the show. Some are even asking what cities she would be visiting. This indicates that her little workshop is going to be a huge success. Some people living far away are wishing that they were in close proximity to her to attend the lesson. The poster says that there are some techniques Tiffany follows to look flawless every day. Some viewers were wondering whether the session would be in person or via video chat.

Tiffany recently gave birth to a little girl in America. In the recent episodes, we saw that she decided to raise her kids in the US and persuaded Ronald to try for getting a US visa once again. However, chances are slim of Ronald’s visa getting approved due to his gambling record. He had a gambling addiction for which he went to rehab. As for now, he might suffer a relapse but is stable.

The best thing about the couple is that they do seem genuine and are both trying hard to make their relationship work. Ronald also gets along well with Tiffany’s son Daniel. He also got on board with Tiffany’s decision to not raising the kids in South Africa due to safety issues.
What do you think is Tiffany’s fate? Will she and Ronald be able to live happily ever after in the States? Let us know in the comments below.