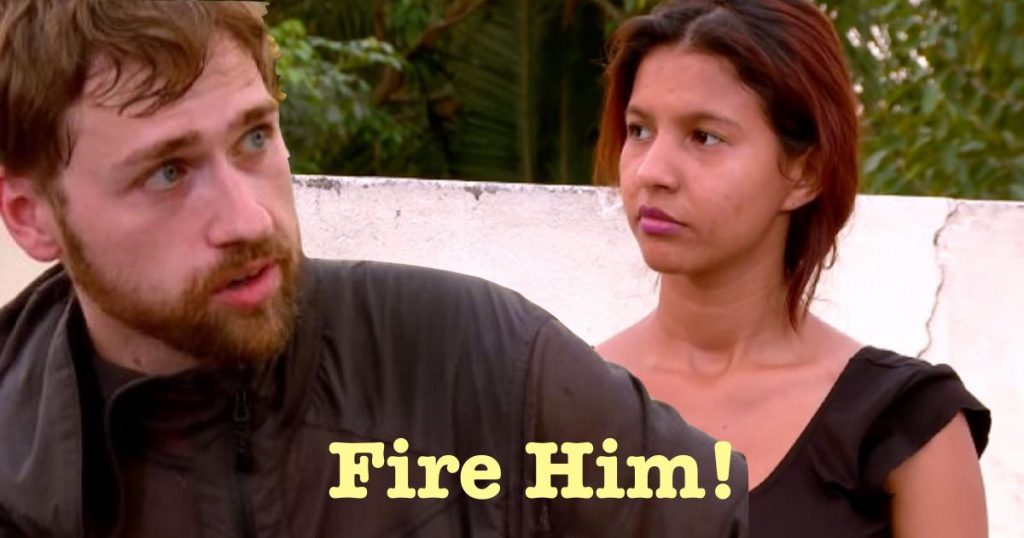 90 Day Fiance rogue couple Paul and Karine have been at odds since he saw her talking to a lawyer in Brazil about custody and divorce. She called the cops and since then, things have been pretty ugly between them. She has now filed for a PO against Paul for her and her baby as she fears for their safety. Let’s take a look.

Karine is Afraid of Paul, Has He Always Been This Way?

Since Karine feels that Paul might be a threat to her and Pierre, she wants him away from them. Most fans are saying that Karine has a point and she is right to have filed a PO. Due to Paul’s past, it looks like fans want him out of 90 Day Fiance: Happily Ever After. Even though he has been on for a while, wanting to get him fired for charges that happened years ago might be a bit extreme.

In 2013, he violated an EPO, and in 2007, he was arrested for second-degree arson. According to a user in the comments section of one of the 90 Day Fiance pages, Paul has been this way for as long as she can remember. She grew up with him and said that he has been preying on young girls for a long time. She also added that his mother knows everything but still doesn’t do much about it.

The user clearly stated that Paul was in serious need of help from a mental health expert as he has been stalking and victimizing girls for a long time. She sounded off her comment by saying that Karine needs to run.

90 Day Fiance: Happily Ever After, Paul Lost The Public Support He Had

When Paul first came out with the entire incident, he had the support of the public. Most of them were rooting for him and blaming Karine. The famous 90 Day Fiance blogger, Sharrell thinks that it might not be fair for people to petition to get him fired. She said that even though he is a bit strange.

However, after Karine accused him for sexual assault, fans think that Paul should deserve the same fate as Geoffrey. TLC almost severed ties with him. They took into account the noise fans made and ended up firing Geoffrey.

90 Day Fiance: Different Opinions On Whether Paul Should Stay or Not

Some fans think that arson is something he should not be forgiven for. However, there are some who think that instead of judging, people should forgive and move on. Even though Karine has made accusations about Paul controlling her and for sexual assault, he has denied it to the core.

Do you think Paul should be fired owing to his criminal record? Some are saying that both Paul and Karine are at fault. After all, she has been cheating on him for a long time. Let us know in the comments below.