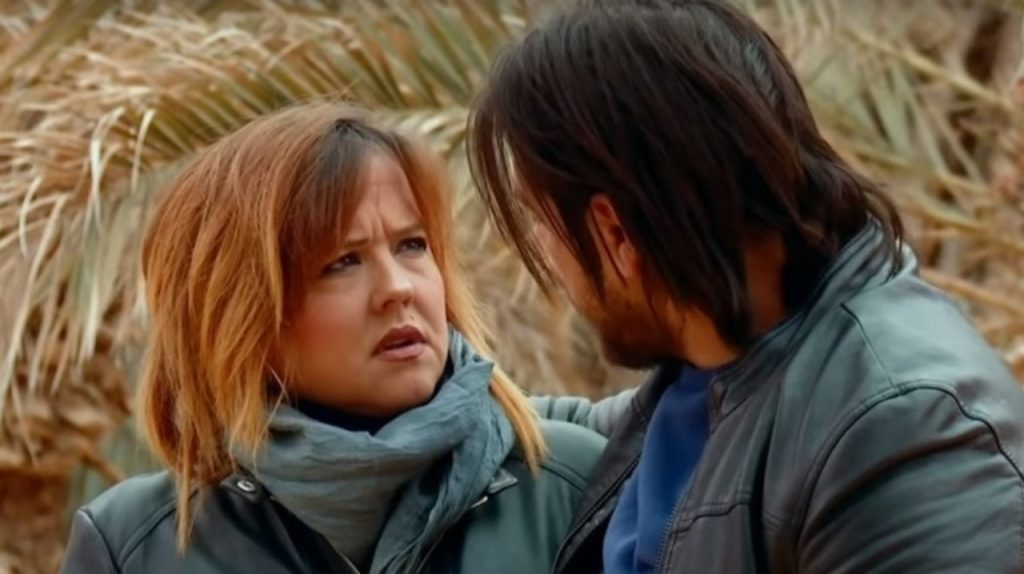 90 Day Fiance: Rebecca May Land In Jail If She Fails To Pay $2K Per Month To Ex Husband For Child Support, Court Order

90 Day Fiance alum Rebecca and Zied have been one of the couples who truly enjoy each other’s company. However, Rebecca kept secrets, and they turned out to be quite shocking. It turns out that she is in trouble with the law. Let’s have a look at an update.

90 Day Fiance: Rebecca Has To Pay Her Ex

This summer, Rebecca’s ex-husband sued her as she was unable to pay child support. Her recent hearing was two weeks ago. She didn’t respond to any of the motions. Moreover, Rebecca didn’t turn up for the hearing. The judge ordered Rebecca to start paying back his ex in installments. The amount totals up to $6500. She has to pay $2000 in monthly installments. It starts on the 15th of December. However, if Rebecca misses an installment or fails to comply with the order, the Sherrif will arrest her.

90 Day Fiance: Rebecca Under a Lot of Stress

There has been a lot of stress on Rebecca lately. Of course, the situation is bound to cause tension. But it seems like this time she won’t have to bail on paying his ex. She has been working a lot and is likely to be in a better financial position. According to fans, it is terrible that this is all happening during Christmas. Let’s take a look at what fans have to say about this.

Rebecca works as a restaurant manager. $2000 per month is going to be a lot for her. One fan calls her a predator and urges that the law should lock her up. The authorities have also evicted her for unpaid rent. We can say that Rebecca has been acting a little hypocritical running a background check on Zied. The fact that she was hiding a lot of personal stuff from him, she had no right to invade his privacy.

Rebecca never told Zied that she was still married to her ex when they met. Moreover, she had been in a relationship with a woman in the past. This is unacceptable in Zied’s culture, and he was shocked. But he eventually came to terms with it. Initially, Rebecca also though that Zied was from Louisiana. But afterward, she found out that he was from Tunisia. She was hesitant, but it was too late as she was already in love with him.

90 Day Fiance: Rebecca’s Eviction and Tampering With The Law

In January, Rebecca got evicted when she failed to pay rent. Moreover, she was worried about Zied not reporting his income the way they do in America. Do you think Rebecca will successfully manage to come out of trouble? Let us know in the comments below. Stay tuned for more 90 Day Fiance updates.