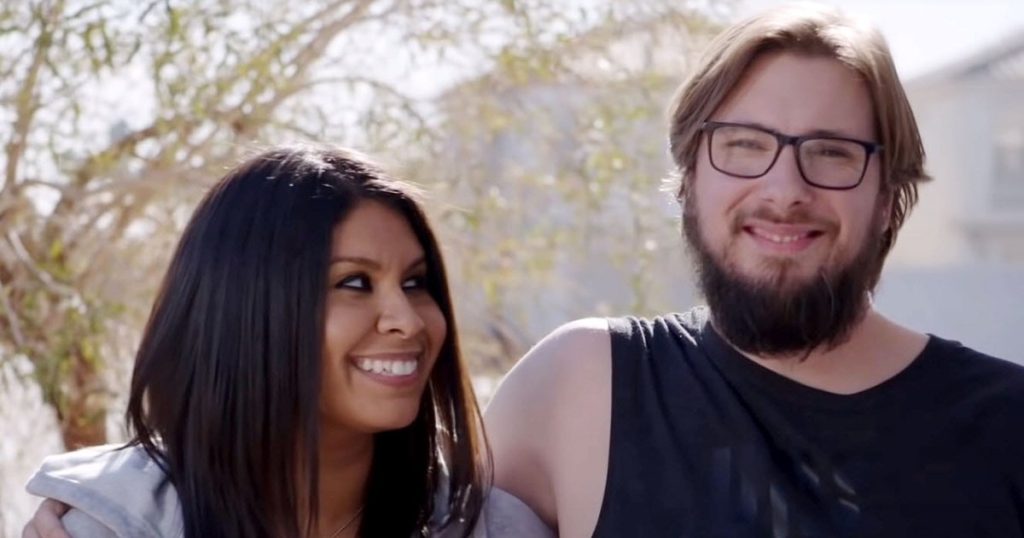 Is Vanessa Guerra pregnant with Colt Jhonson’s child? 90 Day Fiance couple has been giving a lot of hints lately, which points in the direction of Vanessa’s pregnancy. And the couple’s recent story also hints the same. If you have been keeping an eye on Vanessa, you would have noticed her growing bigger. Is it just fat, or something else? Let us look into the details below.

90 Day Fiance: Is Colt Jhonson Soon To Become A Father?

Many questions have started wandering in fan’s minds ever since they saw Vanessa and Colt’s recent Instagram story. Vanessa today shared a picture of Colt where he is standing near a painting of his. Although the thing which caught most of the eyes was Colt’s t-shirt. It had the graphic print of a bear, written with, “PAPA.”

Does that hint that the star is soon to become a father? The couple has been in a relationship for too long. And, it’s possible for Vanessa to come up with the good news until now. Above all, the couple will soon walk down the aisle. So, are they getting married because Vanessa is pregnant?

But, do you remember Colt and Vanessa’s interview, which we reported before? Back then, the couple made it clear that they have enough pets in their house to take care of, and they don’t want the add-up. Indeed, the couple is not looking forward to having a baby anytime soon. So, what’s true? Are these hints of Vanessa’s Instagram story speaking the truth? Is Vanessa waiting for the right moment to announce the news? Although, the couple has not yet cleared anything.

Fans also took it to Reddit thread to discuss the whole “PAPA” thing. Many thought Vanessa and Colt are expecting a baby together. However, a few uncovered the solid point. One fan commented, “Hopefully, it’s because he’s a cat dad.” It might be the case. Colt wearing a t-shirt saying “PAPA” could be because he and Vanessa have so many cat kids in their house. Although, a few fans seemed to be impressed how Colt didn’t have a baby by now.

Another fan commented, “I’m actually impressed that he does not have a child by now. With him wanting to do it 4-5X a day, every day…the chances of getting a girl pregnant are very high.” Definitely yes. We previously saw how Vanessa described Colt to still be a teenager who looks out for sex all day. So, did Vanessa and Colt post this picture so that they can get fans’ attention? Well, they obviously got it.

90 Day Fiance fan page @youresolazy also shared two photos of Vanessa and Colt. In one of the photos, Colt is seen putting the ring on Vanessa’s finger, while in the other, the couple is giving side hug to each other. And it is quite visible that Vanessa has put up significant weight in these photos. Fans also took to the comment section to flood it with ‘pregnant belly’ comments.

One fan says, “That doesn’t just look like new happy relationship weight. That looks like a pregnant belly.” Others also took into consideration that it has been almost a year for Vanessa to live with Colt. And, becoming pregnant could be possible for her. Well, let’s not speculate that much. 90 Day Fiance star might be wearing a “PAPA” t-shirt just to show that he is a good father of cats and dogs. What do you think? Let us know your comments below.