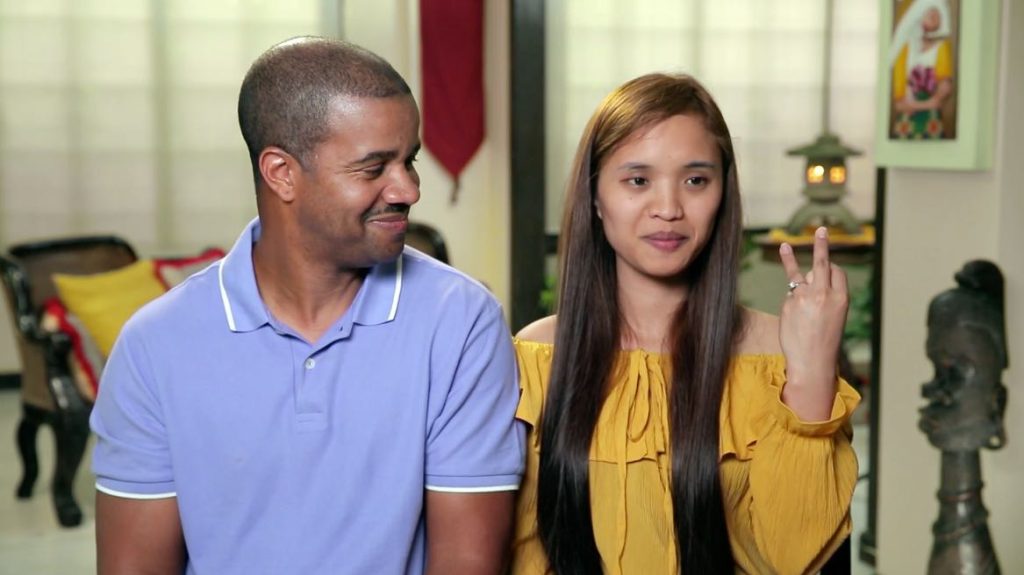 '90 Day Fiance' Why Tarik and Hazel Almost Broke Up Over Pregnancy?

Tarik and Hazel have been one of those couples who has been confusing the fans all through their journey on 90 Day Fiance. In 2018, Tarik visited the Philippines to meet the love of his life for the first time. The duo has rocked the season two of 90 Day Fiance and has been on and off throughout. Last year, the duo almost called it quits after a pregnancy scare last year. Are they still trying to work past the bugs in their topsy-turvy long-distance relationship? Let’s take a look.

Are ’90 Day Fiance’ Stars Tarik and Hazel Together Now?

Tarik visited Hazel in December possibly to shoot for some 90 Day Fiance Franchise. Earlier, the couple had a huge misunderstanding and almost ended their relationship because of it. Tarik accused Hazel of getting her pregnancy terminated. Later, the reality TV star cleared the air by saying that it was all a big sticky mess and the misunderstanding took things to a whole new level. He said during the Tell-All, “We had a misunderstanding, she was not pregnant, she was just late.” Fans knew that the couple faced several intimacy issues in the initial phases of their relationship. But when the filming ended, the two of them did the deed.

Tarik Has All The Documents For The Visa

Before the star went to the Philippines to propose to his then-girlfriend, his family was a bit reluctant to let him go. But after three visits to the foreign land, he had all the documents he needed to file for her SO’s K1 Visa. He requires to submit restaurant receipts, airline tickets, and photographs to prove the authenticity of their relationship. He says that they have more than 1000 pictures of them together. But he has to label them according to dates. Tarik has mentioned that he is planning to submit all the papers as soon as possible and et the procedure started.

Hazel and Tarik had to face some intimacy issues when they slept on the same bed for the first time. Hazel did not want to get intimate, and she kept pillows between her and Tarik. But as soon as Tarik popped the question, the couple said goodbye to all the issues and started to dream of a life together in America. If Hazel’s visa is approved, the couple can have the experience they wanted in the States and live happily ever after as husband and wife.