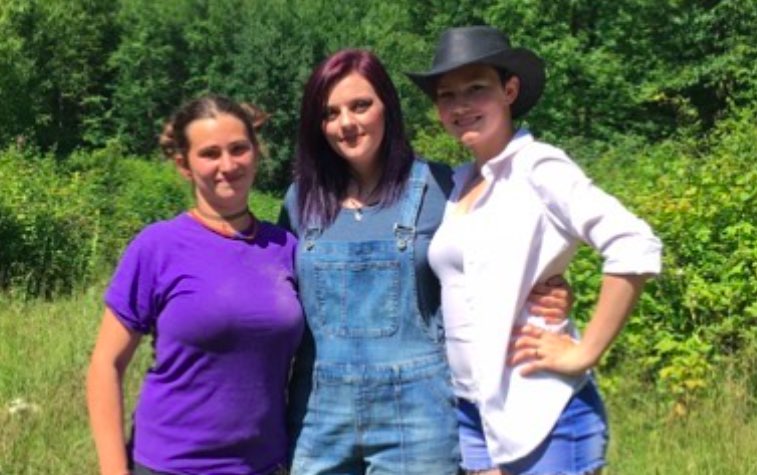 Alaskan Bush People: Rain Brown Admits That Her New Life Has Been Challenging

Over the past few years, the Brown family has endured a lot of challenging circumstances. In 2017, when Alaskan Bush People star Ami got diagnosed with cancer, the entire family had to relocate to Washington. Even though over the time her condition became stable, the other members of the Brown family faced several issues. Some of the problems being anxiety, depression, and addiction. Among the family members, Rain Brown always preaches to be happy and stay strong. However, she reveals that it hasn’t been easy for her to follow her own mantra.

Rain Brown revealed that the recent season has been very tough on them as a family. They had to face a lot while adjusting to their new lives. However, she believes that they are family and can get through anything together. She recently shared a picture of her along with her siblings, fondly reminiscing about a great time in her life. But even though she misses her former life, she says that she has a lot to look forward to with the other Browns.

The 16-year-old admitted that it was very difficult for the family to shoot the current season. The entire Wolfpack had been trying to adapt to a completely new life, and it was tough. But even though they had to live through a lot of hurdles, nothing will back them down as they will keep on rising together as a family.
This is the first time Rain has opened up about facing challenges. Usually, she is the one always with a positive outlook. Despite her tender age, she has gone through many problems with a smile on her face.

Even though the Brown family had a lot on their plate, Rain mentioned that they did their best to make a season that is meaningful and uplifting. She expressed her gratitude towards family and an amazing crew. She is also grateful for her nephew Eli. It is clear that the teen loves being an aunt! However, despite speaking of her family’s challenges, Rain hasn’t been very clear as to what the obstacles were.

Well, reading between the lines, we can say that they had to undergo a big move to Washington. Adjustment to a big decision requires a lot of time and efforts. Rain and Raquell have shared a beautiful friendship. But now, she is her sister-in-law, and even that requires adjustment. Gabe and Raquell are also expecting a child, and that calls for compromises of its own.
Bear Brown also went public with his girlfriend whom his family initially resented because of her pansexuality. Even though things seem to appear stable for the couple, they have gone through tough times. Nevertheless, Rain gets along with Bear’s girlfriend Raiven too.
Do you feel that the recent times have been extra tough on the Brown family? Let us know in the comments below.