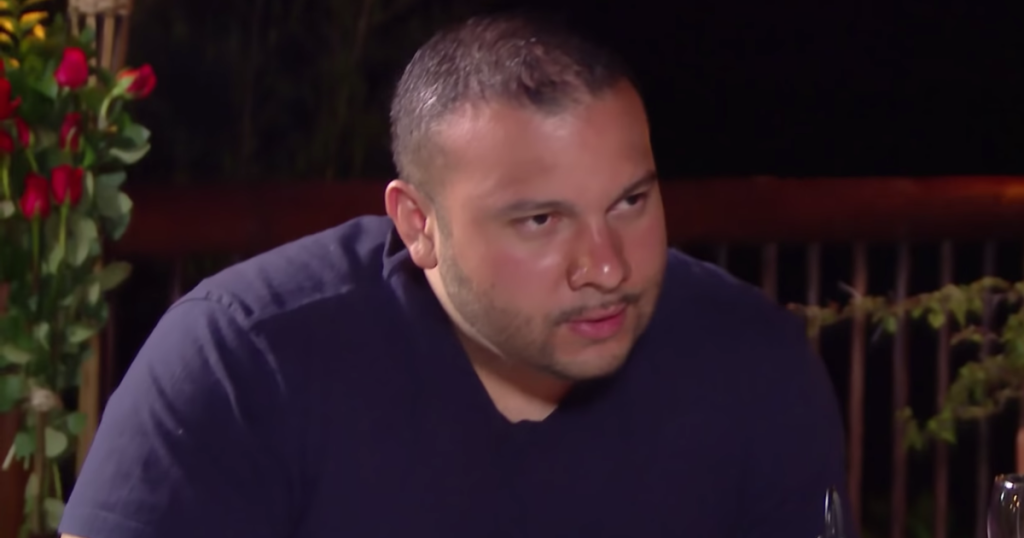 Before The 90 Days: Ricky Reyes’ Wife Files For Divorce; Accuses Him Of Family Violence

When Rickey Reyes came to Columbia and started dating Melissa, fans were shocked to know that he was still married. He eventually ended up proposing Ximena. Fans have seen some really ridiculous antics of him on TV. Despite all the drama, it’s a shock to know that he is still legally married to his wife, Natalia. Natalia has filed for divorce from Ricky. Not only does she want a legal separation from her husband, she clearly wants her daughter to stay away from him. She wants a protection order for her daughter Kira. She filed for the divorce on 17th June. The judge also signed the temporary protective order on 28th June. Let’s take a look at the details.

Before The 90 Days: What Does Rickey Reyes Have To Say?

When they passed the protective order on 28th June, Rickey took to Instagram to reveal his side of the story. He said that since he wasn’t there in the court, the order was by default. Reyes plans on vacating the default judgment for the order. He has filed a motion and retained council for the same. Rickey also explained that at that time, he did not have an attorney.
https://www.instagram.com/p/B0erhYVnn92/?utm_source=ig_web_copy_link
He posted a screenshot of his motion to his Instagram stories. John Yates has been pretty active in giving updates regarding the divorce filing and the signing of the protective order. Just like reality TV stars he blogs about, even Yates has his own fair share of haters. Rickey Reyes is definitely one of them. Over screenshots of some of his IG stories, Rickey wrote, “Yates shut your crack head meth ugly ass up.”
He also referred to the death of his cat and blamed him for it. Prue, John’s cat passed away this month. We have all seen how devastated Yates has been over the death of his beloved pet. As we can see from Rickey’s introduction, he is pretty pissed at Yates. He explained what happened and told him that he should get his facts straight first.

Before The 90 Days: Rickey Might Face Family Violence Accuse

Considering the protective order, we can say that there are chances he might be facing an accuse over family violence. Till mid-July, he wasn’t officially served. The reality TV star has been really vocal about not being able to see his daughter. On 18h June, he posted that he went 5 weeks without seeing his daughter. After that, he kept on posting about the pain of not being able to see his daughter. Rickey also calls Natalia heartless for keeping him away from his girl.
https://www.instagram.com/p/B0WO-3on_kc/?utm_source=ig_web_copy_link
John Yates slapped back by saying that he’s the bad guy defaming his wife on social media. He has piled on lies and hasn’t been truthful to a lot of people. He also said that if Rickey thought that the restraining order was too much, he should have pleaded in front of a judge.
What do you think is the future of Rickey Reyes as far as love life is concerned? Let us know in the comments below.