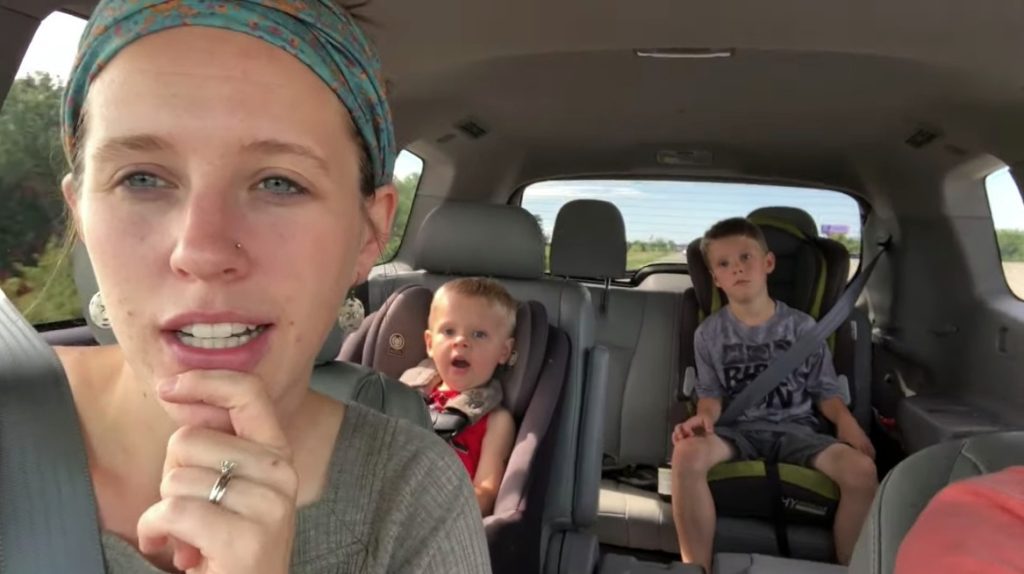 Counting On: Fans Praise Jill Duggar For Sending Her Son To Public School

Counting On star Jill Duggar is breaking away from her family. She, along with husband Derick, quit the show some time back. Since then, they are rebelling against the family in their own ways. Recently, Jill sent her son, Israel, to a public school quite contrary to Duggar norms. However, the fans praised her much for this step as she continues to break more family rules. The mother of two shared a snap of her son while he shops for his school supplies as summer comes to a close. Let’s have a further look at this.

Counting On: Jill Shares A Picture Of Son On Shopping

Jill Duggar shared a picture of her son picking up his school supplies on Instagram. She captioned it with ‘Back to School shopping! It was so much fun to do it together.’ Despite strict Duggar rules, Jill’s son will be attending a public school. The fans might recall that all the Duggar children are homeschooled. Right after this post, the fans gushed over Jill’s step in the comments section. They admired how she is intent on forging her own life path.

Fans Share Thoughts On Israel Preparing For The School

The fans shared their two cents on Israel preparing for attending school. A follower wrote that they hope the boy loves school. Another commented on his visible excitement under the mask in the Instagram post. The third follower appreciated Jill for sending her son to a public school against ‘the grain of your family values.’ They further added that ‘you do you’ and Jill is doing great by following her gut.

Counting On: Jill Shares Insides Of Shopping On Youtube

Jill took to Youtube and shared the inside moments of their shopping adventure. It featured the parents hitting the Walmart and handing out a list to Israel of all the supplies. They picked up a bunch of things, including crayons, sticky notes, construction paper, and glue sticks. Israel pops up in the video and says that he is ‘so happy’ to attend the school.

Derrick and Jill Continue To Break Away From Duggar Family

Derrick and Jill drifted apart from the family after the former was fired from the TLC show. Reportedly, he made some transphobic marks. In recent months, the couple continued to maintain their distance from the family. They have also mentioned that they are not allowed in the Duggar mansion while Jim Bob is not present. Derrick revealed that he and Jill were humiliated and threatened when they first refused to film the show. However, now they are not afraid of things and continue to voice their opinions and concerns.