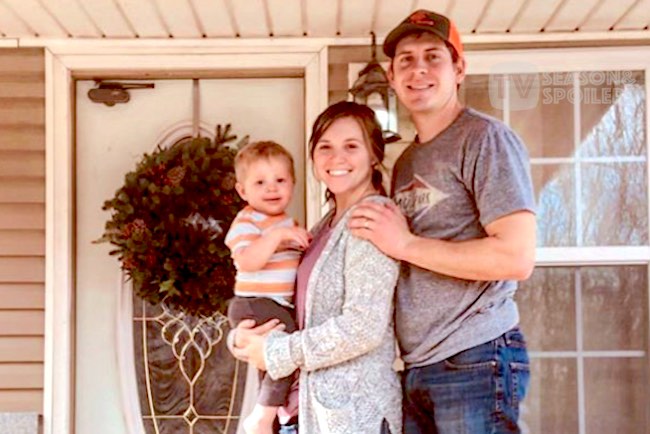 In the Counting On family, 2019 was the year Jim and Michelle had a handful of grandchildren. However, this year, the number of births is not likely to be as high. But fans are speculating that Joy-Anna is pregnant and is refraining from announcing her pregnancy. Let’s take a look.

Counting On: Is Joy-Anna Hiding Her Pregnancy From Fans?

There is a possibility that currently, there might not be any pregnant Duggars that we know of. It’s shocking considering their beliefs. After all, according to Jim Bob, the women in the family should be good wives and mothers.

Counting On: Scrutinizing The Mid-Section of Joy-Anna’

According to some Duggar subreddit fans, Joy-Anna is pregnant. Moreover, they also have a theory as to why the potential mom has been keeping this a secret till now. The day after Christmas, Joy-Anna uploaded a picture of herself in which we could see her entire body. For some fans, it’s enough to assume that she is expecting.

On February 1, she posted another picture in which the caption read that her little girl is in the arms of Jesus. She stated that the visual always tears her up. Last year, when Joy almost hit the five-month mark of her pregnancy, she suffered a miscarriage. According to fans, the reality TV star is waiting to cross that point before she can make any revelations about her pregnancy.

One fan stated that she might announce her pregnancy after 20 weeks are complete. The couple also posted a picture together in which they cropped the photograph to the point where she hid her belly.

Counting On: If Joy Is Not Pregnant Then The Couple Is Actively Trying Say Fans

According to some fans, even though Joy-Anna might not be pregnant, the couple is trying. When she had a miscarriage, the reality TV star took to social media to state that she will let her body heal before another pregnancy. She also said that they couldn’t wait for the children God will give them, and they are really excited.

Just like the other Duggars, Joy-Anna is not limiting the kids she might have to a certain number. Fans believe that even though she has been positive about her sisters’ pregnancies when she lost her baby, it must have been really hard for her. All in all, the Duggar sisters are extremely hopeful when it comes to having more and more kids.

Even though there is a chance that Joy-Anna is not pregnant, she and Austin are unlikely to quit trying. The fans can hear a piece of good news from the Duggar family at any moment, be it Austin and Joy-Anna or someone else. Meanwhile, as for other Duggar sisters, Jana Duggar is still single and living with her parents.

What do you think about Joy-Anna? Is She hiding a baby bump? Let us know what you think in the comments below.