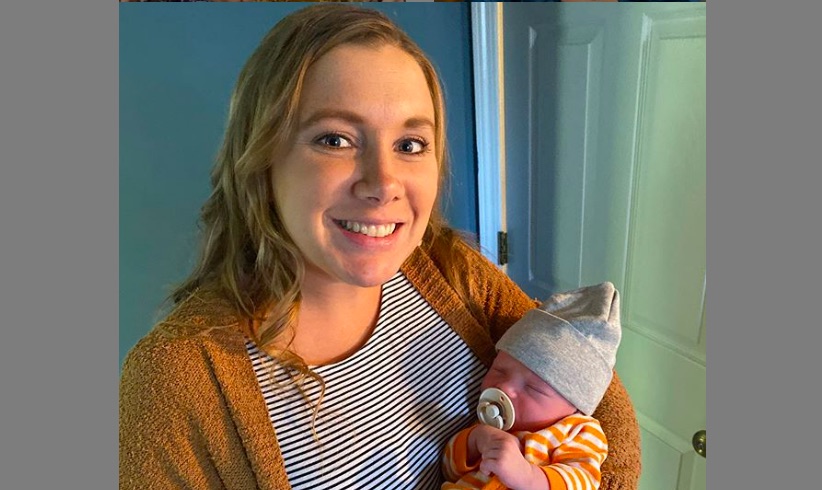 Counting On: Josh and Anna Duggar Name Baby Number 6 After Her Grandma Mary

Grandma Mary Duggar resides in the hearts of the Counting On couple. Anna and Josh have named their sixth baby after her. They shared the happy news about the little bundle of joy on Instagram. The couple revealed the name, and there it was, Maryella Hope. Let’s take a look.

The little girl came into this world just one day after Thanksgiving, 2019. It served as a fantastic reminder that God has given them a lot to be thankful for. They are excited and are grateful to God for his blessing. Even though they did not mention Josh’s grandmother by name, fans were quick to match the name of the little girl with her grandmother.

One fan commented and asked the couple whether the name was in honor of her grandmother. Another said, “Aww, after Grandma Duggar,” and added a heart with a crying emoji. Everyone was congratulating the couple and seemed to love her name. In June, the couple revealed the tragic loss of Grandma Duggar. Anna stated that she was a woman of faith and a wonderful gift by God.
She also called her a soul winner and stated that she loved everyone she met. She told them to turn away from sin and trust Jesus to attain salvation. They were all going to miss her very much and cherish every moment spent with her. Even though everyone was shedding tears, they were grateful for all the prayers.

She added that at the time of Kynzie, Grandma Duggar asked whether she and Amy could bake one for the gender reveal. Everyone fell in love with the idea, and even the producers of the show loved it. She credited Grandma Duggar for starting the tradition. Their family enjoyed it thoroughly, and so did many other families.

Counting On: Anna Duggar Stressed Out?

Recently, we heard about Anna Duggar missing one of her kids when she went to the amusement park with the family. Luckily Grandpa Duggar found her on the butterfly swing. However, it seems like its getting tough for the couple to keep up with all the large kid count. Or else, we can also say that Anna has been distracted by all the scandals Josh has been involved in.