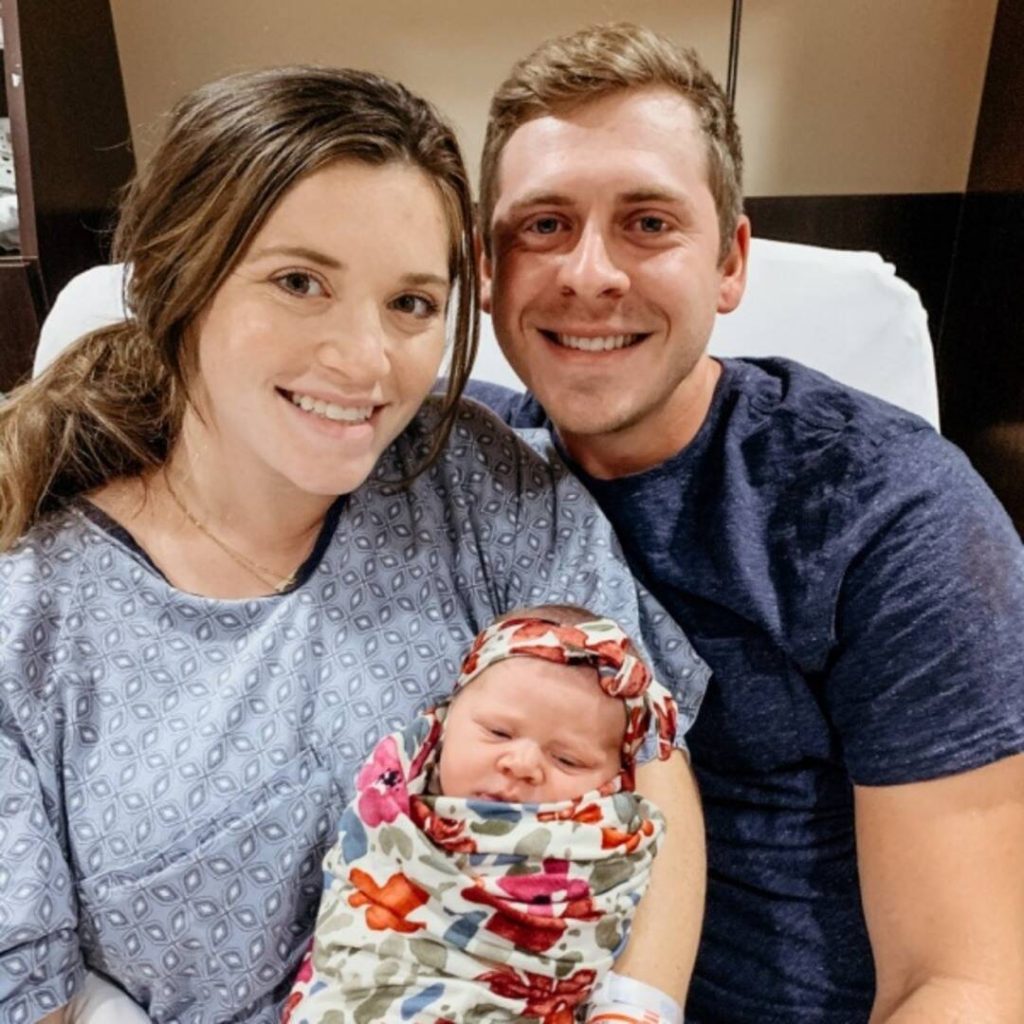 Counting On: Joy-Anna Reveals The Name Of Her Baby Girl And It Has A Special Meaning

Counting On alum Joy-Anna Duggar welcomed her daughter on August 21. The proud parents of the little girl are beyond overjoyed. It’s been a week already since the little girl came into the world. And now, she has got a precious name! Joy-Anna revealed the name of her baby girl on social media. And we cannot stop gushing over its meaning! Hop on to read more.

Counting On: Joy-Anna Reveals The Name Of Her Daughter

Joy shared a picture on Instagram revealing the name of her daughter. Evelyn Mae Forsyth, it is. Joy went on to gush over the name in the caption and added that she wanted the name to be perfect and elegant. Joy-Anna further explained that she and Austin had a hard time deciding, but after a few days finally settled on ‘Evy Mae.’ The parents think it fits her perfectly! According to a website, Evelyn means Beautiful Bird and is of English origin.

Joy-Anna announced the arrival of her girl in the August 26 post. She shared two photos of herself and Austin, 26, with their new arrival, who joins big brother Gideon, 2. In this sweet post, the mother of two wrote that saying her heart is full would be an understatement. She further added that the couple has been eagerly awaiting this day, dreaming of it. And then, their baby girl arrived August 21 at 2:12 pm weighing 8lbs 5oz and is 19.5″ long!

The mother continued in her caption saying that her girl has the best personality, is easy going, and loves to be held. The baby girl has her days and nights mixed up. However, her mother absolutely loves it. Joy-Anna signed off by expressing her gratitude for all the love and prayers that have come her way during this pregnancy.

Counting On: Joy-Anna And Austin Are Parents To Gideon And Now, Eve!

Joy-Anna and Austin are parents to the two-year-old Gideon. They were excited to expand their brood. However, prior to Evelyn, they lost their baby girl, Annabell Elise, last year. This followed after Joy suffered a miscarriage. This incident shook the couple and it took them time to get over it. Joy still remembers the time and says that it hurts to look back at these pictures and remember the pain and heartbreak. However, she is thankful for how far they have come.

Many congratulations to the happy couple and their beautiful baby girl.