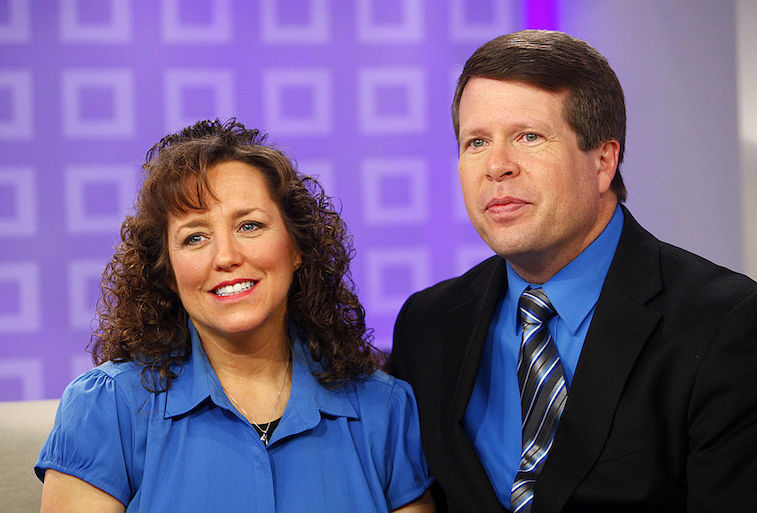 ‘Counting On’: Why Jim And Michelle Haven’t Cut Josh Duggar Out of The Family?

Cutting kids out of their family, who is an expert in doing that? Well, if you are a Counting On fan, you must know that Jim Bob and his wife Michelle never hesitate to cut the cord with one of their kids. In fact, most fans are pretty sure that they have already cut out Jill. But for some reason, they have exempted their eldest son Josh from the harshness. Why? Let’s take a detailed look at this.

We have seen Derick speak up against the Duggar family and how they operate. So, it’s pretty much clear why they have kicked Jill and her husband to the curb. Jim Bob doesn’t like anyone or anything questioning his righteousness. But Derick doesn’t seem to be willing to play according to the Duggar rules. So, he and Jill should have seen it coming.

He spilled some tea on the grey areas of the family. According to him, he and his wife are not even allowed to pay a visit to the family compound. Even if Jill wants to drop by, she needs Jim Bob’s permission to do so. But still, most fans are shocked at Jim Bob’s extreme decision to cut Jill out of the family.

Counting On: Why Is Josh Still a Part of the Duggar Family?

Josh has been the center of multiple scandals. He holds the blame for molesting his siblings when they were young. The oldest Duggar son even cheated on his wife. In fact, the scandals have risen to such a level, he might be under a federal investigation. But his wife Anna Duggar has forgiven him. Moreover, his family has also forgiven Josh for what he did. The question remains, why be so harsh with Jill and Derick while welcoming Josh with open arms?

Counting On: Josh Still Living On The Duggar Property

Josh still lives on the Duggar property. According to some speculations, Jim Bob keeps him close so as to keep an eye on him. Once, Michelle and Jim decided that Josh Duggar should lead his siblings. They forced him to get into the limelight. There are chances that the parents did this so that he thinks twice before taking an action. Putting him out there in front of the public eye might make him feel accountable for what he does in the future.

However, it doesn’t seem like Josh was careful enough. He got caught up in the Ashley Madison data breach. Moreover, his infidelity made headlines before Anna decided to forgive him, and so did his family.

Counting On: Is Parental Favoritism Anti-Woman Attitude of Jim Bob To Blame Here?

There are chances that Josh is receiving the special treatment of getting a second chance because he is a man. We have seen instances that prove Jib Bob to favor men. His anti-woman attitude might be the reason why Jill never got a second chance.