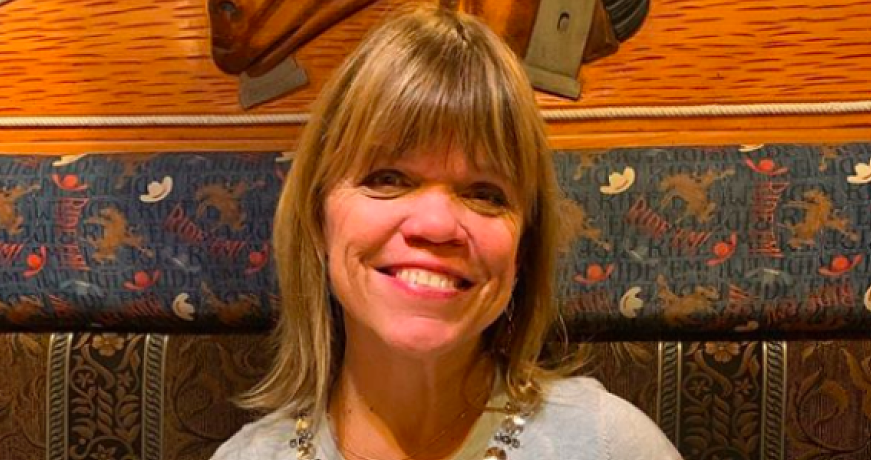 Little People Big World star Amy has recently gone all out with her new book ‘ A Little Me.’ She has also opened up about aspects she never thought she would reveal in person or in an interview. One of the chapters talks about her body image issues. The fact that she wanted to go under the knife reveals that she was insecure about the way she looked. At one point, she didn’t feel good enough and wanted to enhance her looks.

Amy became a little insecure about her body as she started aging. She mentioned that when her body began to go south, she wanted to give it a lift. Since coming into the public limelight went with a certain level of pressure, she tried to look perfect at all times. Most of the people who have been on TV think of doing this. So, it didn’t seem unusual after some time. Though, ultimately, the reality TV star decided to go against the surgery. The fact that she would have wanted to make more and more changes stopped her from undergoing any procedure altogether.

She reveals that we are always trying to get more out of life. There are countless images that suggest that we need to change ourselves to look better. Amy is trying to defy all those stereotypes. She already has that without changing the way she looks.

Impact Of Her Failed Marriage With Matt

The reality TV star also wrote about her failed marriage with Matt and how it all went down on her. She revealed that Matt was getting really close to the farm manager. She didn’t take Caryn’s name, but it was pretty clear who she was pointing at. There was definitely much more than friendship going on, and the relationship was much more than what is between an employer and an employee.

She stated that when she saw the messages and pictures shared between Matt and the farm manager, it wasn’t appropriate. Especially, if the two people are married to someone else. The entire split was devastating. She also stated how she adjusted to Matt’s domineering personality over the years they were together. Amy mentioned that she never had the support she needed.
On the other hand, Matt revealed that he is taking the high road. Even though he didn’t point directly to Amy, it was clear who he was referring to.