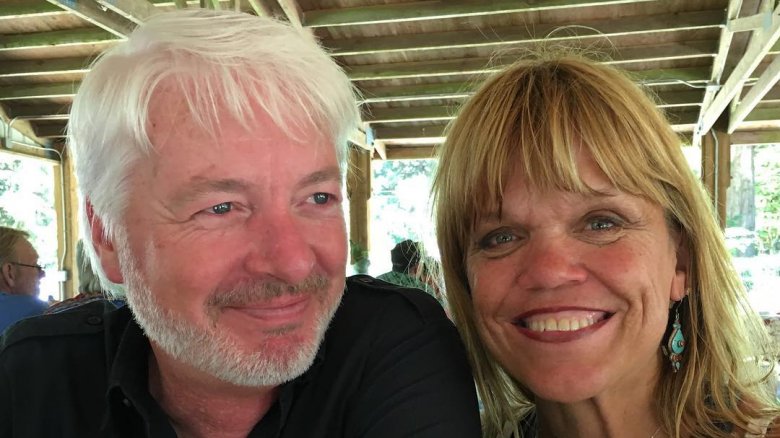 Little People Big World star Amy has been through the zinger of her life lately. With making the huge decision about the Roloff farms and struggling with her mother’s illness, she has had a lot on her plate. This is the time she needs all the support she can get. But she is getting the exact opposite from most fans of the show. Amy has recently posted a lot of updates about her mom’s health. But the fact that she recently took a road trip with her boyfriend has made her a target for online attacks by fans. Let’s take a look at why fans are criticizing Amy.

Amy went down to Michigan to spend some quality time with family. Due to her mom’s ailing health, she went to see her and lived with her dad as she used to when she was young. The star seems to have a really strong bond with her parents and has a good relationship with them. She posted a picture of her dad and mentioned that she cooked for him in the caption.

Her mom has been suffering from a bone infection. Amy has been worried about the fact that as she gets old, her parents get even older. Since then, fans have been praying for her mom’s speedy recovery. The good news is that her health is getting better. It is evident from the fact that Little People Big World star posted a picture with her parents on Instagram lately, updating her fans.
Earlier she posted that her mom has been struggling with a bone infection in her finger. She won’t back home at that time. But considering that she has a weak heart, she was doing well. However, her recent update suggested that her mother is home. She heard from her sister and confirmed that her mom is headed back home. She has been struggling a lot in the recent month and has been weak by heart since the last surgery.

Fans have been slamming the Little People Big World star for going on a trip with her boyfriend Chris. She is going on a road trip to Idaho to meet his family. However, fans are not happy with her decision to leave her mom at this critical stage. One of the commentators mentioned that she should not leave her mom and should be spending more time with her. Also adding that she might regret her actions later. Another fan supported this user by mentioning the similarity of thought.
But considering that Amy has had her fair share of stressful weeks, there are fans who fully support her. One of the supporters has mentioned that she did what she needed to do. That is, Amy checked on her mom and spent time with her family. Now it’s time for her to unwind with her boyfriend Chris.