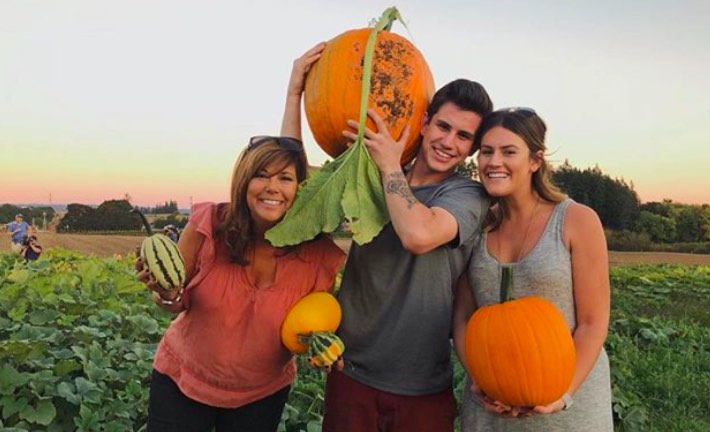 The tension regarding the fate of Little People Big World star Matt and Amy’s farm has been rising. Matt has accused Amy of keeping the decision hostage with her indecisiveness. Even though their split was an amicable one, this statement from Matt has undoubtedly pushed some buttons. Before this, the couple never really said anything negative about their estranged significant others. They started the show as a married couple and got divorced due to persistent problems in their marriage.
Amy recently hinted that Matt was probably cheating on her with Caryn. Maybe, this is the reason behind all their marital problems that led to a divorce. She mentioned that a person had been working on their farm for many years, and she knew there was much more than just friendship. Amy is now in a happy relationship with her new boyfriend, Chris. The same goes for Matt and Caryn. Even though people might now accuse them of building their relationship on a faulty foundation, they couldn’t be happier! The fact that Caryn’s children are not on Little People Big World indicates that things might be getting serious between the couple.

From what it seems, Caryn had wanted to bring her kids on the show for quite a long time. But the custody agreement with her ex-husband didn’t allow them to make an appearance on the show. However, her daughter is 22, and her Son is 19. This means that they are independent adults making their own decisions. Since this was the first time the young adults came on TV, it’s a pretty exciting moment for Matt and Caryn.

Caryn no longer works for the Roloff form now that she is dating the owner. Her kids revealed that she gets a little bored as she isn’t involved in the hefty farm duties anymore. They also said that it’s nice to have Matt around. From what this looks, the kids are comfortable with Matt and have a friendly relationship with him.

Connor admitted his addiction to Xanax when he was 13 years old. He publically apologized to his mother and promised to be sober throughout. He was arrested for first-degree theft in 2016 and criminal mischief of second degree after that.

Is It Getting Serious Between Matt and Caryn?

A few days ago, fans were talking about whether Amy is open to marriage. Even though she didn’t specify when it could happen, she mentioned that she is open to it. However, Amy and her new boyfriend are in a really good place right now and are taking it slow. Similarly, a while ago, one fan commented on Caryn’s picture and asked whether she had a ring on. To which, she replied, ‘Not yet!’ The word ‘yet’ was sufficient to have fans all over the world speculating over the future of the couple.