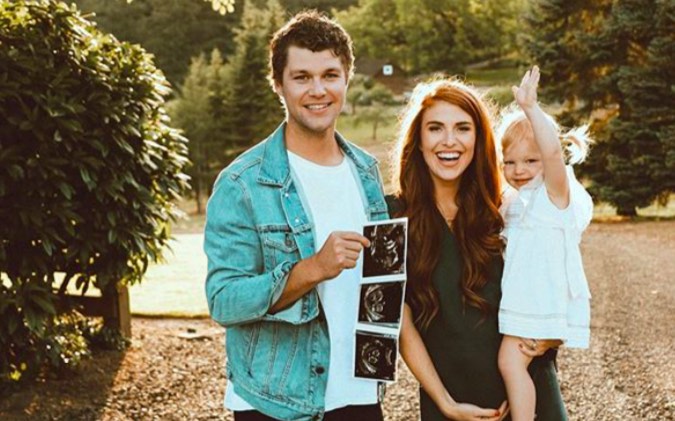 A lot of buzzes has been going on regarding Little People Big World star Jeremy and Audrey’s second baby for a while now. On August 17, the couple took to Instagram to reveal other important news on their baby. They revealed the gender of their little bundle of joy in an adorable video. Let’s take a look. The couple hosted a gender reveal party with friends and family. It seems like their little daughter Ember is super excited to become a big sister.

Little People Big World: Audrey and Jeremy Excited To be a Family of Four

The couple was having fun in the gender reveal party. They had cupcakes with pink and blue frosting on it. The guests could choose what they wanted to have. When the time came to reveal the gender of the baby, Audrey and Jeremy set of blue smoke bombs. Audrey picked Ember and kissed Jeremy. She told Ember to repeat ‘baby brother,’ and she did in her adorable baby voice!

Tori Roloff, Audrey, and Jeremy’s sister-in-law also took to Instagram to congratulate the couple. She announced that it’s happy even to add another boy to the cousin squad. After the video reveal, Matt Roloff also wrote on Instagram that he is excited to become a grandfather to a baby boy again.

Audrey And Jeremy’s World About To Get Bigger

Audrey and Jeremy are on their way to justifying the title of the show they once starred in. Their big world is about to get bigger with the arrival of another little boy. In the event of the baby’s gender reveal, Ember was busy munching off a blue cupcake. Jeremy sho wed everyone the ultrasound, and it was clear that there was going to be another boy in the Roloff family.
A few months before Jeremy and Audrey announced another pregnancy, his brother Zach and wife Tori revealed another upcoming baby in the Roloff family. The Instagram picture featured baby Jackson wearing a Big Brother T-shirt. The couple proudly announced that Jackson is going to be a big brother. Unlike Audrey and Jeremy, they are going to welcome a baby girl in November.

Even though both the Roloff brothers stay away from chaos and controversies, the exact opposite is true for their parents. At the end of the latest season, we saw Amy selling her share of the farm to Matt. Fans were disheartened to know that she is willing to give up land where her children grew up. However, she wanted to move on and considered this decision as a major step towards moving on in her life.
Matt and Amy were also involved in an indirect feud after Amy made some huge revelations in her Memoir. Matt claimed to take the high road. After all the chaos, two innocent babies would create a nice positivity to the Roloff family environment.