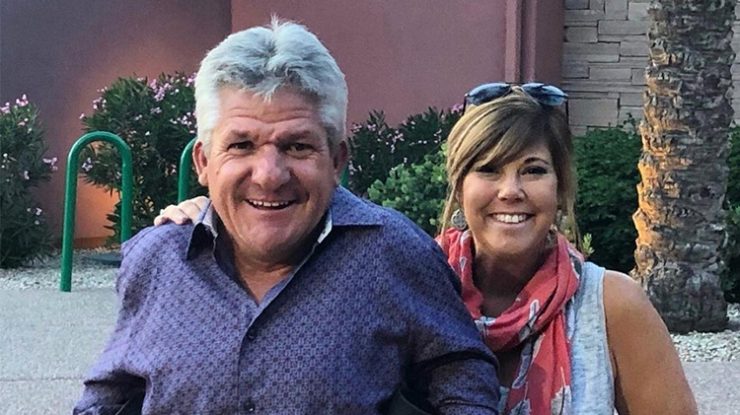 Little People, Big World: Matt and Caryn are going strong, and no matter what fans have to say about them together, she is spending more and more time with Matt’s family. The couples’ recent visit to Matt’s daughter Molly and her husband proves that they are bonding together as a family. Let’s take a look at this event in detail.

Little People Big World: Matt Is Happy About How He Spent Father’s Day

Matt and Caryn recently paid a visit to her daughter Molly on Father’s day. The couple went to see Joel and Molly in Spokane to see their new home. Matt mentioned this in the caption of the Instagram picture he recently posted. He feels blessed to have visited father’s day with her daughter and her husband. However, even though the picture is a happy one, fans have something negative to say about Matt. Let’s take a look.

Little People Big World: What Do Fans Have To Say About Matt’s Recent Posting?

One of the most prominent comments on the post was directly targeting Matt. The Little People Big World fan mentioned that if he treated Amy as he treats Caryn, their marriage could have lasted. On the other hand, another fan states that he and Caryn should tie the knot soon. He says that they look sweet together and it was really nice of Matt to take Caryn along. Another fan called this event a gathering of two cure couples.
But one fan stood among the rest with a neutral response. He pointed out that it’s high time people stop rehashing Matt and Amy’s divorce. They are separated and happy in their new lives, and people should just let them be. In this post, he was talking about his daughter and there was no need at all to bring Amy up.

Amy posted a beautiful family picture on Instagram on Memorial day, but Molly was missing in that photograph. Fans quickly pointed out and started asking questions about her absence. The fact that she is now a married woman means she has responsibilities to cater to. Molly is married to Joel, and they live in Washington. She might not be able to come to the farm as often. Also, she doesn’t appear on the show as well.
Amy mentioned that she misses Molly. The farm is not as near her new place as fans might think. It seems like it’s really hard for Molly to be there at all her family gatherings. Maybe, this is also one of the reasons Matt paid her a visit as she wasn’t able to meet her family as often.