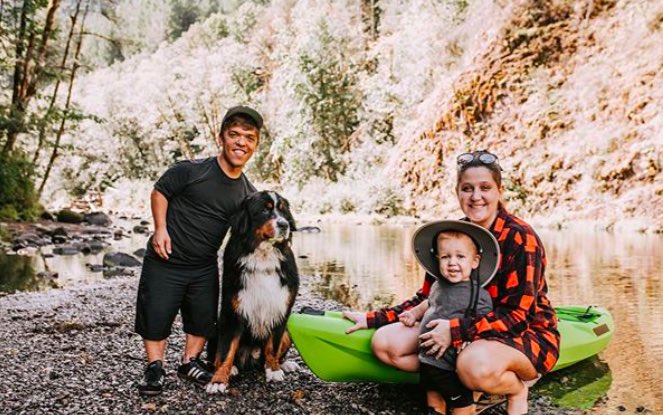 Little People Big World: Jackson Roloff’s diagnosis suggests a condition in which his development is hampered. However, instead of being oversensitive about the matter, Tori is open to questions and doesn’t hesitate to answer them. Let’s take a look at what the mom has to say.

Jackson has Achondroplasia, which sparks the curiosity of many Little People Big World fans online. It is a common form of dwarfism that occurs in around 26,000 to 40,000 babies across the world. The sufferers of this condition have a relatively long trunk since birth. The upper parts of their arms and legs are short.

One follower asked a question out of curiosity recently. Does this kind of dwarfism also involve any delays in development? Or is Jackson just a quiet kid? Tori patiently replied that usually, there are no developmental delays accompanied by dwarfism. However, exceptions can be everywhere.
She goes on to say that Jackson’s jaw development might have something to do with his quietness. Moreover, he gets embarrassed easily. Being a perfectionist at such a tender age, it doesn’t go well with him if he says something wrong. It keeps him on a little bit quieter side. But she also reveals that he talks a lot at home. From the way, Tori answers reveal that she is cool with all the curious questions and is proud of her little baby boy.

Little People Big World: Tori and Zach’s Daughter Will Also Be a Dwarf

Tori and Zach’s daughter is due any day now, and Amy has revealed that she will also be a dwarf. Earlier, the couple said that they wouldn’t undergo a blood test to reveal this condition. However, they might have changed their mind, or Amy might have been misinformed.

Tori is married to a little person and also has a child with dwarfism. No wonder she has become an expert on this matter. She is happy to answer most questions shot in her way. She says that she gets a lot of questions from moms all over the world. Tori also acknowledges that she will answer as many questions as possible.
Zach, Jackson, and Amy have Achondroplasia. On the other hand, Matt has dystrophic dwarfism. Tori made it clear when one fan asked for a distinction. When another user asked what’s appropriate to say and what not, she had a wonderful answer. Tori stated that Little people are just like everyone else. They love to be included and treated like normal human beings. However, she informs that it can take more time for dwarfs to accomplish something that average-sized adults do. Stay tuned for more news on Tori’s pregnancy and the lives of little people!