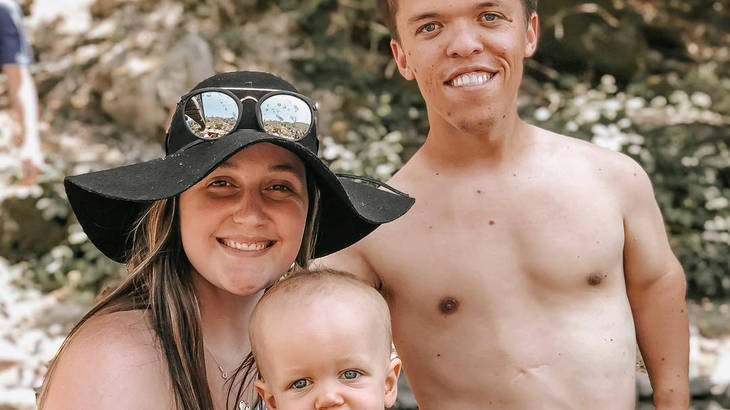 Little People, Big World: Whole Roloff Family Is Enjoying Vacations After Season Finale, But Not Together

It seems like the Little People Big World cast is exploring the world outside of the Roloff farms to the fullest. Almost the entire family is on a vacation. However, they are divided into groups and are on separate journeys of their own. Let’s dig a little deeper into what the adorable family is up to.

Tori Roloff Having a Beach Time With Family

Millions of Little People Big World fans root for Zach and Tori as a couple. Tori recently took to Instagram to reveal that she and her cute little family are on a beach vacation. She posted a beautiful picture of Zach and her toddler in a smiling pose lying on the beach side. Fans showered there love as soon as the post went live. One of the fans calls Jackson a baby model. He says that the baby’s face is really photogenic. Jackson has a sparkle in his eyes. Even Zach looks particularly thrilled!

Little People Big World: Where Is Amy Heading To?

Amy has already mentioned tonnes of times that she is an absolute road trip lover. She and her new boyfriend Chris seem tight, and things seem to be escalating for the adorable couple. Amy has been facing some seriously tough times. From making the big decision about the farm to coping up with her mom’s health struggles, she has had a lot on her plate. It’s high time she took a break to blow off some steam. And that’s exactly what the Little People Big World star is off doing with bae Chris.
Amy is off to meet some of Chris’s family members. She posts a picture of a road trip with Chris pointing out how much she loves it. However, the comments, in this case, are not very positive. Most fans of the show made remarks about her face and hairdo. Some commented that she should have a makeover which she badly needs. One fan even pointed out that she looks drained and should get a botox. Some are saying that she shouldn’t be on a trip while her mother is ill. However, the defenders are no far behind. Her fans support her and let her know that they have her back.

Matt recently posted a picture of him with his daughter Molly and Joel. He visited them in Spokane to see their new hose and spend some quality time with them. He also took Caryn along with him. Matt mentioned that it is a blessing to be with her daughter on father’s day.
It seems like the Little People Big World family is having a blast, even though not together.