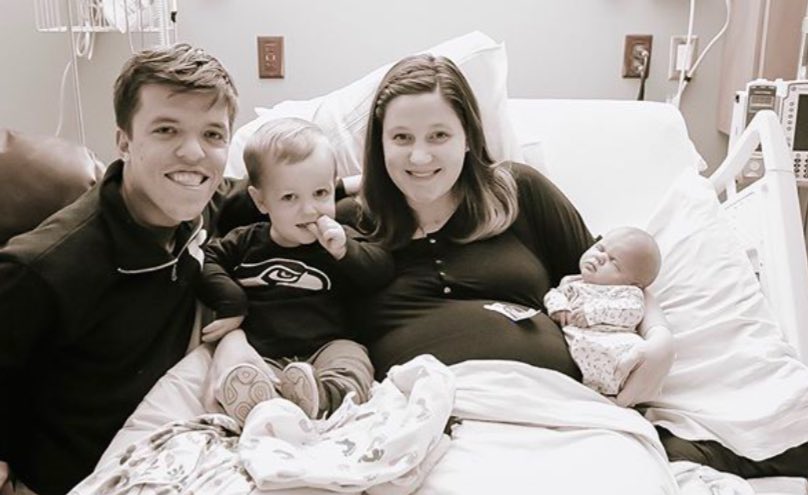 The long-awaited moment has finally arrived! Tori gave birth to a beautiful baby girl. Her name is Lilah Ray Roloff. Let’s check out some more details.

Zach and Tori are now finally a family of four! On November 19th, they welcomed their baby daughter and are extremely happy. Tori was happy to introduce Lilah as the perfect addition to their family. The baby weighed 8 lbs, 9 oz. She measured 18½ inches long. The couple already has a two-year-old son Jackson. They have been providing fans with updates on Tori’s pregnancy so far. In fact, she also let the fans know a while ago that the baby was due any day now.

Tori had to face some struggle in the first trimester. On July 15th, she revealed how she was coping up with the difficulties. In a series of Instagram pictures, we could see Tori showing off her baby bump. Little Jackson also sat by her side, lifting his shirt up to imitate his mom.
In May, they announced that they were expecting a little baby girl in November. Tori also thanked the fans for their support and love. Jackson was wearing a shirt that said ‘Big Brother’ on it. He was also holding two balloons, one blue and one pink.
Tori also revealed that her second pregnancy was harder than the first one. Heartburn, hip issues, and pregnancy migraine were some of the symptoms. Moreover, in her second pregnancy, her belly was growing faster, which lead to some body image issues. Moreover, people asking her whether she was expecting twins didn’t exactly help.

She was also struggling to manage the household and little Jackson. Although Zach was happy to step in and help, anyway, now, they can get some relief and can give a hearty welcome to their new addition.

As soon as the post went live, Little People Big World stars started to shower their love for the baby in the comments section. Audrey is currently pregnant. She stated that they already love the little girl so much. Isabel also wrote, “Uncle Jacob and aunt Izzy love her so much already.”
Amy shared the news of Lilah being a little person in a Facebook live earlier. However, Tori and Zach never either confirmed or denied the news. In July, the couple let the fans know that they are not going to find out whether the baby girl has dwarfism or not. They said that they love the baby no matter what, and at that time, she couldn’t wait to meet her.