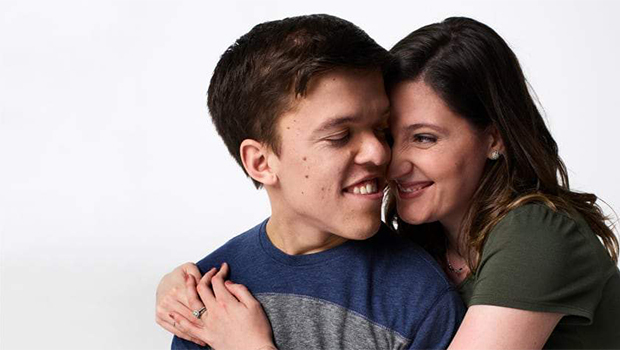 Little People Big World has been in the run for 15 years now and is one of the most wholesome shows TLC has ever produced. Now, Matt and Amy Roloff have been trying to pass on their legacy to their kids. In the current season, Zach Roloff and his wife Tori have been at the center of the storyline. Well, their children, four-year-old Jackson, and one-year-old Lilah have already become fan-favorites, and we might get to watch them grow in the coming years.

However, Zach and Tori already know when they’ll be saying goodbye to the reality series. When will they be quitting the show? Will the TLC show end after that? Here’s all you need to know.

Zachery Roloff is the only one of Matt and Amy’s kids, who is a little person like his parents. Hence, the celebrity parents want to pass on the legacy of Little People Big World to him. Well, not to mention that he is also the only one who’s still on the show amongst the Roloff siblings. Zach, Tori, and their kids have become a crucial part of the show, and fans aren’t ready to bid goodbye.

However, Tori and her husband Zach already have some plans for their retirement from the reality TV series. In a recent interview with ETOnline, the TLC couple was asked about when they’d say goodbye to the reality TV show. To this, they replied that they’d leave LPBW “the minute it’s not fun anymore.” This means that they are, fortunately, not planning to leave the show anytime soon. But it’s still possible that they might think of it sometime in the future.

Tori continued to say that her family enjoys sharing their lives with the audience. Besides, both Jackson and Lilah get along pretty well with the crew, and they all have fun filming. Yet, the couple will quite the show the minute it’s not fun anymore and think about their next step. Well, the reality TV series is popular enough and is doing pretty well with fans these days. Besides looking at the current storyline, the next few seasons will probably be as entertaining. Hence, fans don’t need to worry as Little People Big World is not going anywhere anytime soon.

Aside from their distant departure plans, the popular TLC couple also talked about how they’d soon be celebrating the tenth anniversary of their first date. Yes, it has already been a decade since Zach and Tori met. In fact, in a month, the couple will also celebrate their sixth wedding anniversary. As Tori reflects on the previous decade she spent with her husband, she says, “It’s crazy how fast it goes. It’s just crazy.”

The conversation soon shifts to the pandemic, as Zach talks about how fast the time passed during it. Well, the TLC star celebrated two birthdays, including his 30th and 31st ones during the pandemic. Besides that, baby boy Jackson was two when the global health crisis started, and he’s already four not. And just like that, the couple has their six-year anniversary coming up. This adorable duo has come a long way, and we hope that we continue to watch their journey in the future as well.

Do you like Zach and Tori? What are your favorite moments of the couple on the show? Let us know in the comments below, and keep connected to TV Season Spoilers for more updates related to Little People Big World.