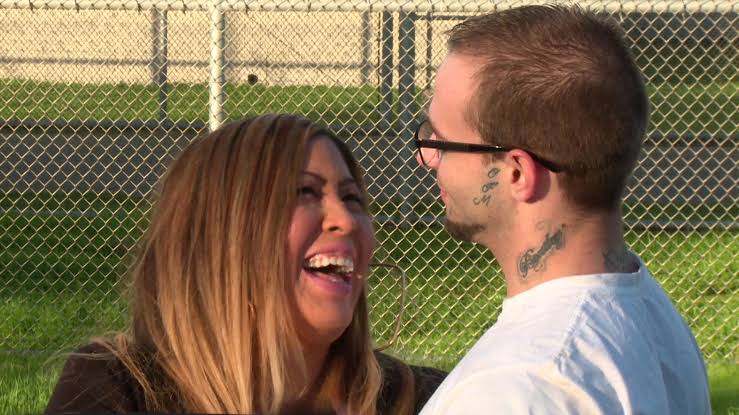 'Love After Lockup': Alex Contacts His Ex While On a Hotel Stay With Glorietta

Love After Lockup: Just when Alex got his release from prison, he and his lady love went to a hotel room to spend some quality time together. But it seems like there is a secret the reality TV star is keeping from Glorietta. There is a chance Alex might still be into his ex-girlfriend. Let’s take a detailed look.

Love After Lockup: To Whom Does Alex’s Heart Belong?

Alex is clearly going behind Glorietta’s back. While she was sleeping, he immediately went to the lobby and gave his ex a call. He asked the receptionist for a phone and called her up. It went straight to voicemail. According to In Touch Weekly, Alex said that he is out of prison and would like to meet up with her.
He tells the cameras that he and his ex have been through thick and thin. She has been by his side through different situations. They have seen what it’s like to be broke and what it feels when they have money. He calls Juliana his first love. Alex met her at a party when he was in high school. Then they dated for years after that.
They have been through the same addiction struggles. It didn’t work out as a romantic relationship between them. But now, she is doing well. Juliana called him up to see how he was doing. In the voicemail, he said that she can’t call him back on this number. He doesn’t have a phone yet. But as soon as he gets one, he is going to call her.

Love After Lockup: How Will Glorietta React?

Alex tells the cameras that she doesn’t know about his ex. He has no idea how he is going to fill her in on this. But he is sure of one thing. Glorietta is not going to appreciate him contacting his ex. Ultimately, Alex decided to play it all out and see what happens next.
Glorietta’s cousin was incarcerated with Alex, and they met through him. They hit it off, and things escalated to Alex getting down on one knee and proposing to her. After some time, Alex and Glorietta had a major fallout. He called her the reason behind all his financial problems. Alex also accused her of being a gold digger. She didn’t say anything about the split. Moreover, the angry post from Alex’s end also got deleted.
How do you think will Glorietta react when she finds out about Alex trying to contact his ex? He certainly seems afraid. Do you think Alex’s heart belongs to Glorietta? Or is he still in love with his ex? Let us know in the comments below. Stay tuned for more Love After Lockup